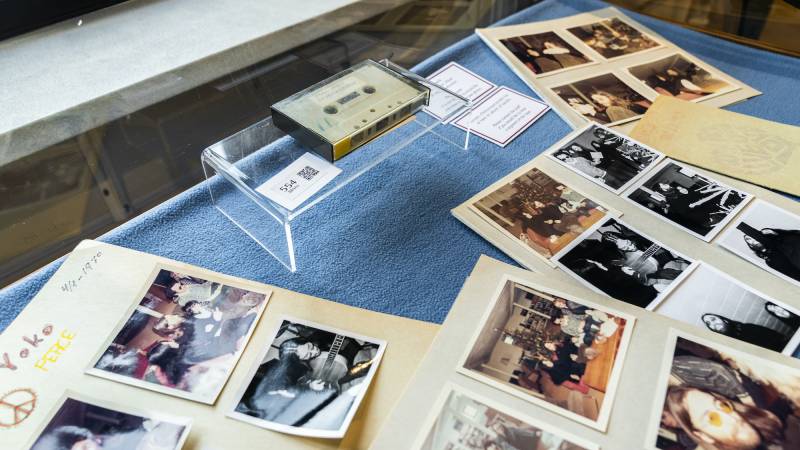 A wonderful piece is being auctioned in Denmark today: a cassette tape with an unreleased song and an interview with John Lennon and Yoko Ono. Four young Danes signed up over fifty years ago, just months before the Beatles broke up.

The cassette tape contains a school newspaper interview with John Lennon and Yoko Ono, which the four recorded in 1970. “We were a group of 16-year-old hippies who were particularly interested in their protest work,” BBC’s Carsten Huggin recalls.

The two young men contacted Lennon and Ono when the couple visited Tea in northwest Denmark. The locals were unaware of their arrival. As soon as it became known that famous musicians were in thy, the couple held a press conference.

The four Danish students persuaded a teacher to take them to the press conference, but a snowstorm prevented them from arriving on time. “It took us a long time because of the snow and the slippery roads. And when we got there, everyone was already on their way out,” Hugin says. However, boys and a few belated journalists were allowed in.

Ono and Lennon played a short song called Peace Radio, which was supposed to be the title song for a radio station. But since the radio station never took off from Earth, the song was never released. Hoejen thinks the cassette recording may be the only recording of the song.

After decades of recording the four tape, the Dane realized it was a precious item. The auction house manager agrees that it’s a “very rare” thing, because it’s probably the only recording of Peace Radio he goes. At the same time as the cassette, a copy of the school newspaper will also be auctioned, including photos of the meeting.