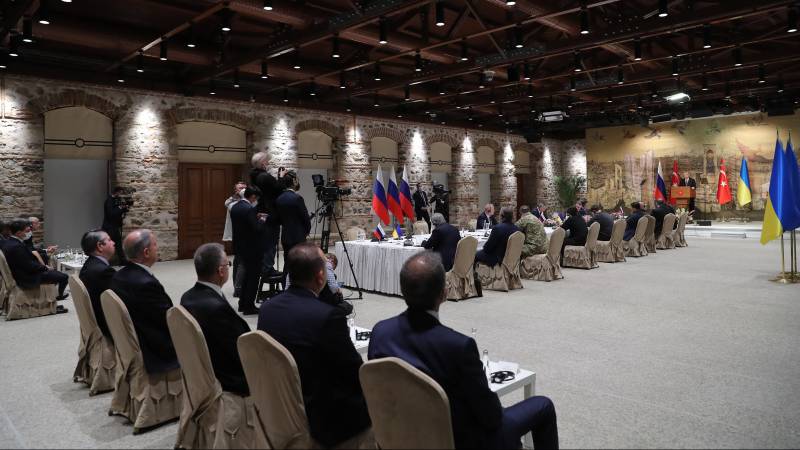 The first votes after the diplomatic summit between Ukraine and Russia in Istanbul are relatively positive. Russian Deputy Defense Minister Alexander Fomin then said that military activities around Kyiv and Chernihiv are being significantly reduced.

The official Russian news agency RIA Novosti reported that Vladimir Medinsky, who is negotiating on behalf of the Kremlin, spoke of a “constructive meeting” after the talks. He said he would consider the Ukrainian proposals and report back to President Putin.

According to Ukrainian negotiator Mikhailo Podolyak, sufficient progress has been made to arrange a meeting between Putin and President Zelensky, which the Ukrainian president has been pushing for some time. Medinsky said such presidential consultations would only be possible if there was an agreement in principle between the two countries’ foreign ministers.

Ukrainian negotiator Podolyak later said that Ukraine had proposed a new system of security guarantees at the Istanbul peace talks. Turkey is seen in it as one of the countries that can guarantee security in Ukraine, as well as Israel, Poland and Canada. If the new system succeeds, Ukraine is ready to agree to a neutral situation. This means that the country is not allowed to join military alliances such as NATO, which is a requirement of Russia.

Podolyak reiterated the Ukrainian desire to present a possible agreement with Russia first to the population in a referendum. He said that before signing such an agreement, there must first be a “complete peace” on Ukrainian territory.