Chefs waste their talent at a biscuit factory 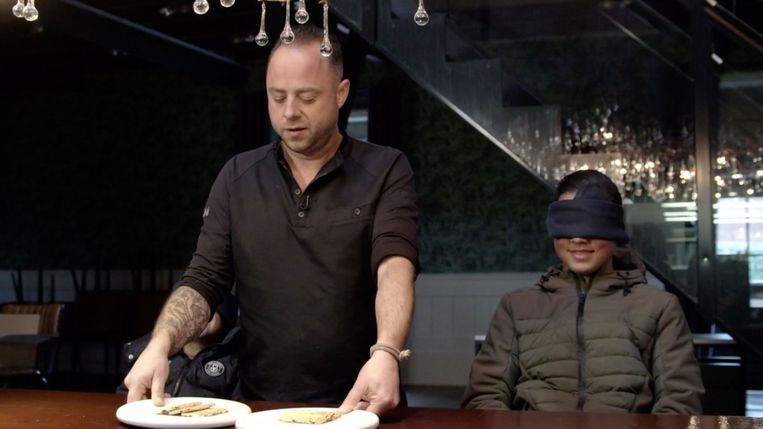 The presenters are the inevitable Martijn Krabbé, who himself isn’t a hate to snack, and Miljuschka Witzenhausen, who has a cooking show on RTL4 but just as easily advertises for Weight Watchers.

The favorites were star-level: Chef André Gerets, with ‘t Amsterdammertje in Loenen aan de Vecht, good for one Michelin star, and Richard van Ostenbrug, whose 212 restaurant in Amsterdam got two Michelin stars.

And what did these top chefs have to do? Sultana. So there are no cooking edges made of biscuit but factory biscuits, so that commoners can conclude that baking something regular is much more difficult than in a fancy kitchen. With in the background Sultan of Fun From Dire Straits Because Yes: Sultana.

The chefs had a couple of days and they took the challenge very seriously. For example, Richard van Oostenbrugge made a handy board with 28 spikes for making the 28 holes in the bowl, while competitor André Gerrits was messing with a skewer. The atmosphere remained friendly, with some friendly harassment back and forth. In between, Miljuschka went to Verkade Factory to see how a real Sultan was made. It continued Apple Core– Ringtone: “Hey, I’m Mel, are you the baker?”

In the end, Richard was able to get close to the Sultana’s taste better and had the dubious honor to call himself the winner. Because Lips is left with one salt question: Why would you want to remake a factory snack if you could cook to the highest standard?