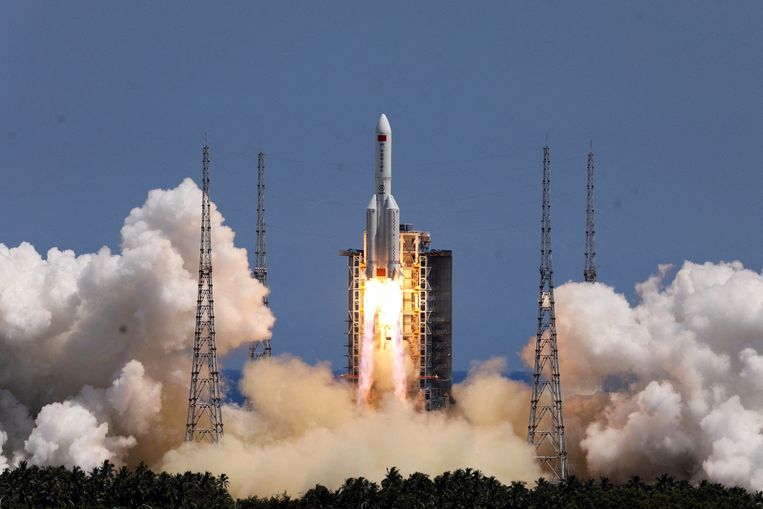 The rocket was used on July 24 to launch a module to the Tiangong space station under construction. The Chinese have already been criticized by the US space agency NASA, among others, that the rocket is not designed for a controlled landing from Earth orbit.

The same thing happened last year. At that time, the same type of rocket launched the first part of the Chinese space station into space, after which no one knew where the remnants of the rocket would fall on Earth. Eventually it crashed into the Indian Ocean, somewhere near the Maldives.

The rocket stage of a large rocket like Long March 5b is too massive to completely burn up in the atmosphere. Fragments of it return to the Earth at such a high speed that friction with the air in the atmosphere burns them to ash. But there is always something left from a 21-ton truck.

Aerospace engineers talk about a “controlled” return when these types of parts fall to Earth in a predictable way, for example by adjusting them after use. This way you can ensure that the debris is safely scattered into the ocean.