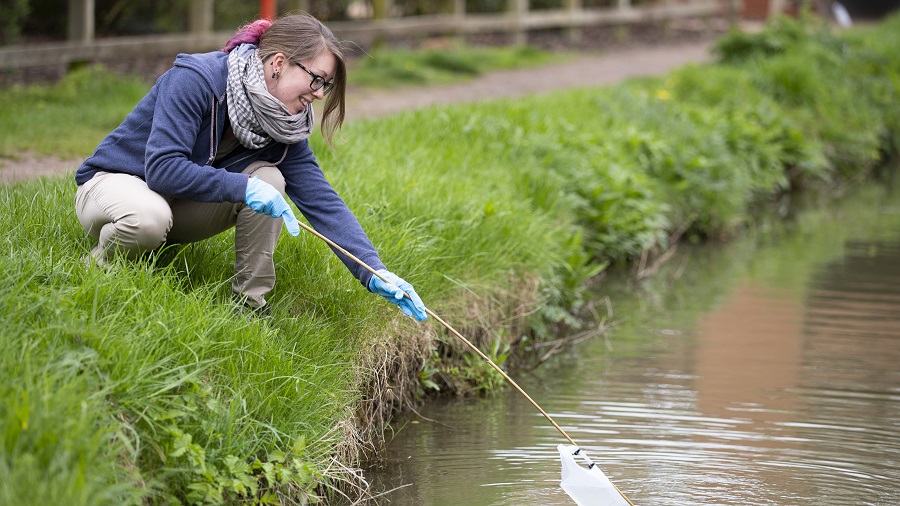 FreshWater Watch International is now also available to the Dutch people. They can measure the water quality in surface waters. People participate in thirty countries.

This was announced by the environmental organization Earthwatch Europe. Those who register will receive a free water testing kit to measure nitrate, phosphate, and turbidity. The participant also answers a number of questions about the environment of the measurement site, including the flora of the river banks and the fauna of the area. This information can be entered into an app – also available in a Dutch version.

Volunteers in thirty countries
With this form of citizen science, Earthwatch Europe aims to engage people in freshwater ecosystems and motivate them to improve the health of water bodies. Toos van Noordwijk, Director of Science, Policy and Innovation at Earthwatch Europe, describes FreshWater Watch as an indispensable tool for monitoring surface water quality and biodiversity. “It’s easy to use and the quality of our data is recognized by governments, water boards and scientists around the world.”

Volunteers participate in the program in thirty countries, from Argentina to Zambia. Since FreshWater Watch started in 2012, more than 24,000 data sets on water quality have been collected and nearly 9,000 people have been trained to monitor local water quality. According to Earthwatch Europe, this has improved water quality in 2,500 ecosystems around the world. The Naturalis Center for Biodiversity supports the Dutch chapter of FreshWater Watch.

Special attention to farmers
In the Netherlands, special attention is given to supporting farmers in the transition to more sustainable agriculture. Van Nordwijk says water quality testing helps them figure out where nutrient contamination is occurring. She points to experiences in China, Ireland, Mauritius and the United Kingdom.

“We’ve seen here that FreshWater Watch is a powerful catalyst for change and strengthens collaboration between farmer groups and water boards. This leads to direct action, such as creating buffer strips and investments in healthy soil so that nutrients are absorbed when needed.”