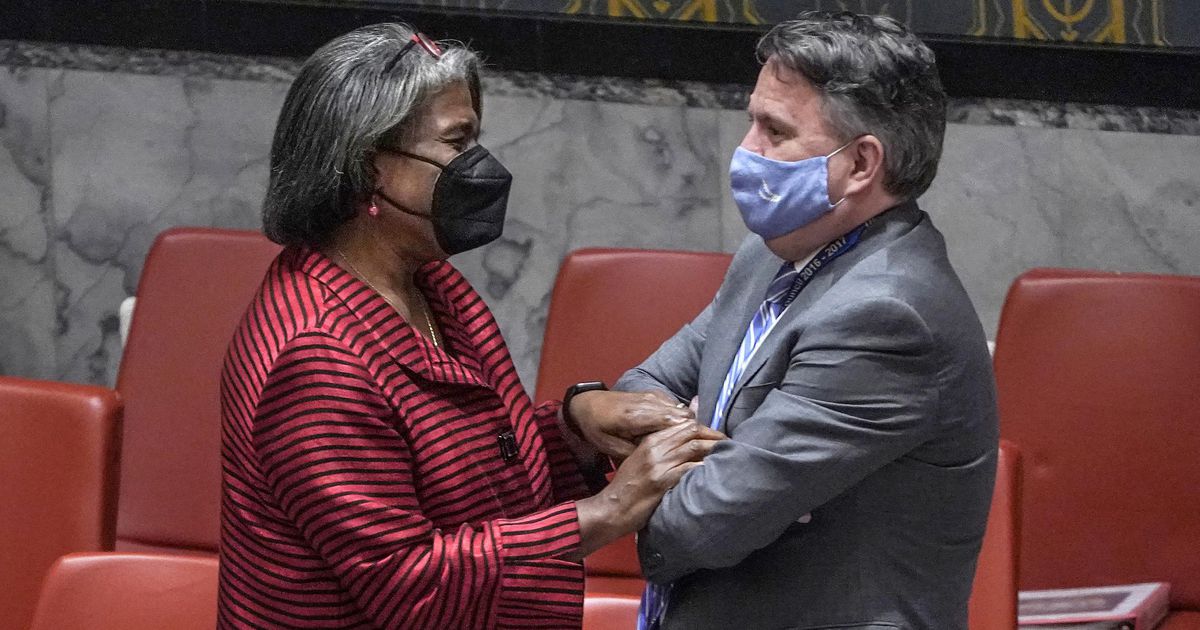 The US ambassador to the United Nations strongly rejected Russia’s allegations. Linda Thomas Greenfield argued that Russia convened the Security Council only to spread propaganda and disinformation. “Ukraine does not have a biological weapons program. There are no Ukrainian biological weapons laboratories funded by America.”

UN High Commissioner for Disarmament Izumi Nakamitsu stated that the UN also has no indications of this type of laboratory. Ukraine also denies. Thomas Greenfield said Ukraine has public health laboratories. These labs are essential to finding and researching diseases and viruses like Covid-19, and have been funded with US money for years. Thomas Greenfield said the United States does so “with pride and transparency.”

The Russian ambassador to the United Nations insisted on allegations that the Russian media had been circulating throughout the week. Vasily Nebenzia spoke of “horrific facts”, but did not provide any evidence. He accused America of financing and directing a network of biological weapons research programs. It will happen in thirty different laboratories in Ukraine.

Nebenzia states that Ukraine wanted to transfer anthrax, cholera and plague to Russia via birds and bats. It is also said that Ukraine used its population to test these biological weapons. “Ukraine allowed their land to be turned into a biological laboratory, and its inhabitants were guinea pigs.”

The White House has been warning this week that Russia itself may be planning a chemical or biological attack in Ukraine. It would be part of the “pseudo-science” operation, where the Russians themselves carry out an attack and then blame Ukraine or America. Ukrainian President Zelensky also warned about this. “If you want to know what Russia’s plans are, you should look at what they accuse others of.”

This was the eighth emergency meeting of the Security Council since the Russian invasion of Ukraine. It was the first to be applied for by Russia.