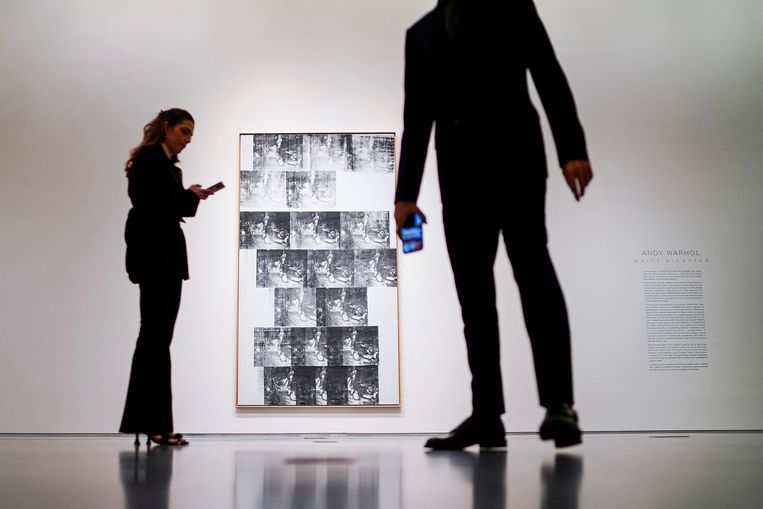 Video footage posted on social media by the Stop Fossil Fuel Subsidies group shows two female protesters applying glue to their hands and pressing it onto a screen. A lot of blue lettering can also be seen in the work behind the glass.

“Andy Warhol depicts insane consumerism in this iconic series,” protester Bonnie Cassen said in a statement from the activist group. “Capitalism is out of control now. Families have to choose between medicine and food for their children, while fossil fuel companies make record profits.

Activists around the world are using popular works of art to draw attention to the climate crisis. In October, climate activist Phoebe Plummer threw tomato soup over Vincent van Gogh’s ‘Sunflower’ painting at the National Gallery in London. In the Netherlands, Johannes Vermeer’s Woman with a Pearl Earring is one of the targets.

Action is also being taken in the Netherlands. One activist recently stuck himself on the talk show schedule beauty. Earlier this month, a concert at the Concertgebouw in Amsterdam was interrupted by three activists from Extinction Rebellion. During the concert, he drew attention to the fact that if one of them climbs into the chair, it will cause irreversible damage to the climate. Konchertzebov later said he disapproves of the act, despite his ‘sympathy for the cause’.