Climate scientists: Zero emissions by 2050 is too late 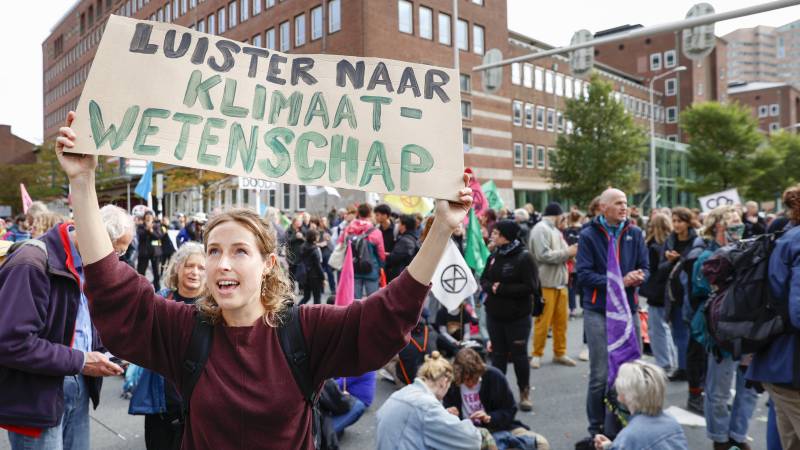 Prominent climate scientists warn that 2050 is too late to reduce carbon dioxide emissions to practically zero. Scientists involved in the UN IPCC climate panel told NOS that the year mentioned in the European Green Deal and Dutch climate law should actually be brought forward for ten years, to 2040 at the latest.

In two weeks, a global climate conference will begin in Glasgow, where tougher climate agreements must be struck. The scientific basis for this is formed by the reports of the Intergovernmental Panel on Climate Change. Scientists say current climate targets for the Netherlands and the European Union do not limit warming to 1.5 degrees.

This has to do with the distinction between rich and poor countries. Rich countries, such as the Netherlands and other EU member states, should lead the way more clearly, according to IPCC members Helen de Koenenk and Martin van Aalst. This is what was agreed upon internationally a long time ago, and moreover, according to them, there is no alternative.

“First, because we have a historical responsibility, we have already released more carbon dioxide than average in the past,” says van Aalst, professor at TU Twente and director of the International Climate Center of the Red Cross. His colleague Helen de Koninck, a professor at Eindhoven University of Technology: “The carbon dioxide that rich countries emitted in the past is still in the air and is still doing its job in global warming.”

Van Aalst believes that the second reason is that the poor countries will wait for the rich countries anyway. “If we don’t show it, why should they. So they’ll always be a little behind us. If we’re going to tempt them to get to zero worldwide by 2050, we have to be the first to show we can.”