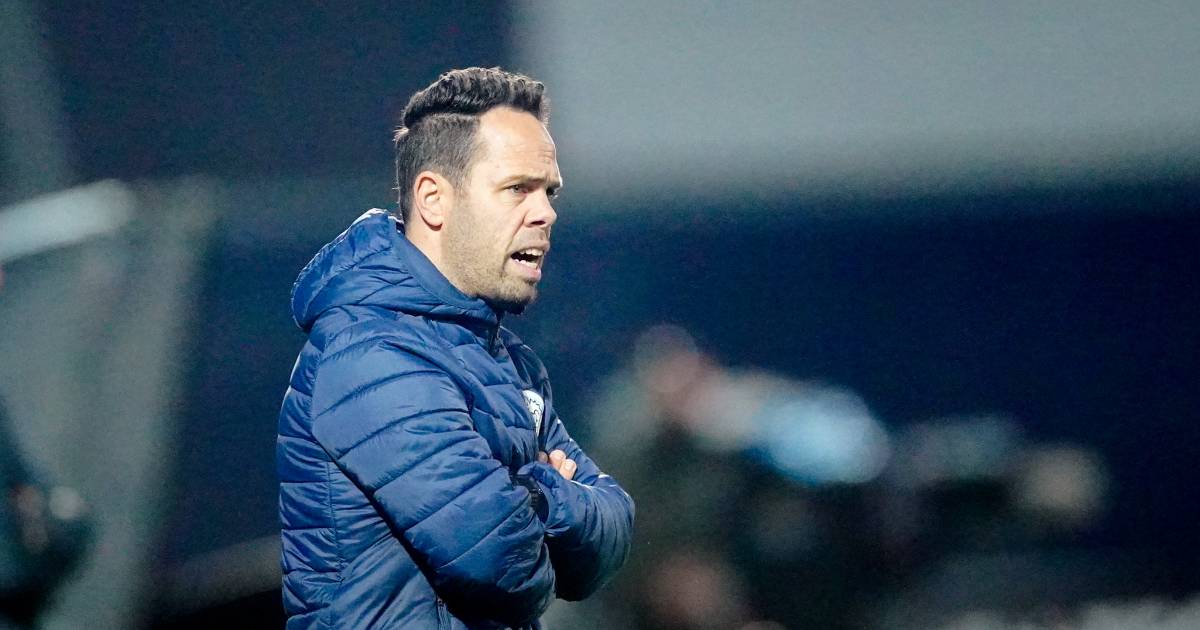 Erik van der Wien is no longer the coach of FC Den Bosch. Shayk’s 36-year-old coach on Saturday agreed to the soccer club’s proposal to break up immediately.

He didn’t have much options, because otherwise, Dean Bush would almost certainly have put him on hold. Van der Wien’s departure was already in the air after the heavy 4-0 defeat at Helmond Sport on Friday evening. This came after a tumultuous week at FC Den Bosch, with the coach being told on Tuesday that his contract would not be extended at the end of this season.

At the time it was still intended that Van der Veyn would finish this season. However, the coach reacted particularly poorly to the announcement that his job was finished and shunned. Additionally, he’s been arguing with his assistant Paul Beekmans and goalkeeper coach John Voss for quite some time.

On Friday’s match, it became clear that the players were no longer passing by for him. FC Den Bosch looked at Helmond as a team that could no longer be started, at least not by Van der Ven.

The coach himself does not want to budge right after the match. I am a fighter. “I’m not running away,” he said, adding that he still trusted his team. Initially, FC Den Bosch’s board wanted to make a splice attempt this weekend to restore ties between Van der Ven and Vos, but the coach’s exit followed on Saturday.

FC Den Bosch is going through a disastrous season in the Kitchen Champion Division, with the club now dropping to last place in the classification. The last victory goes back to September 22nd (2-0 against MVV). Since then, the team has played sixteen league matches and one cup match without a win.

Van der Vein has been the coach of FC Den Bosch since April 2019, when he succeeded his predecessor Will Boysen, who had sent off two matches before the end of the competition. Great detail: Boessen is now the coach of Helmond Sport, who hit FC Den Bosch on Friday evening.

Van der Veyn has been with FC den Bosch since 2012, as a youth coach first and from 2015 to 2019 as an assistant coach. As a player he previously played for PSV (Youth), Racing Genk, Helmond Sport, TOP Oss and FC Emmen.

In December, Van der Veyn was informed that FC Den Bosch was intending to extend his contract next summer. This week, the club management returned to that after complications in the coaching staff. Van der Wien’s response to that, in turn, accelerated the matter and led to his early departure on Saturday.