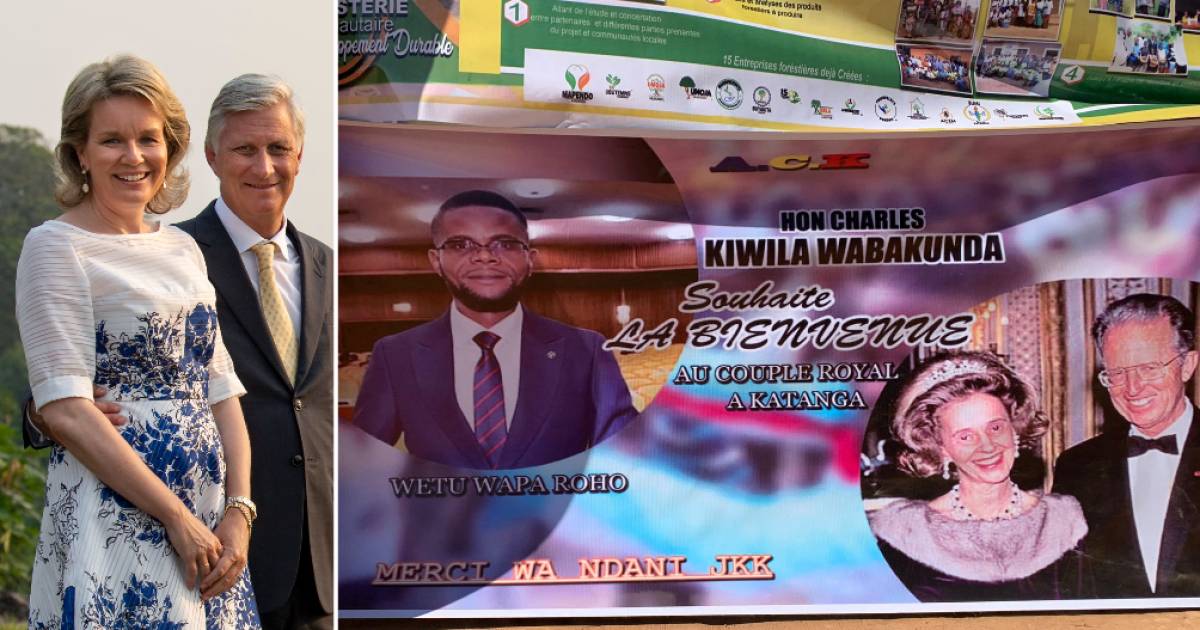 The Belgian royal couple were welcomed on an official visit to Congo today carrying a banner of the late King Baudouin and his wife Fabiola.

King Philip and Queen Mathilde are currently in Africa. Today a visit to Katanga was planned, and the royal couple were warmly welcomed there. It turns out that an error was made while making the banners.

“Welcome to Katanga at the royal couple,” says one of the signs along the way. Only the current princes Philip and Mathilde were welcomed, but King Baudouin and his wife Fabiola – both deceased. Boudewijn died in 1993 — and was subsequently succeeded by his brother Albert, the father of the current king — Fabiola died in 2014. It’s not that residents have reused old banners, according to a Belgian reporter in Congo. Error.

It is not known how the royal couple reacted to the banner.

Residents greeted Philip and his wife Mathilde with singing and dancing. “You are the first Belgian king to visit Katanga,” village chief Maman Monique was quoted by the Belga news agency as telling the couple. She talked about the problems the region faces, among other things. She said mining has damaged the ecosystem and impoverished the soil, and that global warming means agriculture is making less money.

Philip and his wife Mathilde have been in the Congo since Tuesday for a six-day state visit. Members of the royal family will visit the cities of Kinshasa, Lubumbashi, Bukavu and others.

Last week, the Belgian king made no apologies for the brutal Belgian colonial system. However, he once again expressed his “deep regret” and acknowledged that the Belgian administration is based on “exploitation and control” and on “discrimination and racism”.

The first visit of Philip and his wife Mathilde to the former colony was eagerly anticipated. In a letter to the Congolese president, the king had previously expressed his regret for the irregularities committed by the Belgians in the central African country during the colonial period. Perhaps, as Belgium increasingly faces its past 62 years after Congo’s independence, he might add an apology, some believe. But Philippe did not go that far in a speech in the capital, Kinshasa, on Wednesday.

The king not only looked back, but also wanted to look forward. He promised investments and even cautious military cooperation. Congo, which is locked in a near-hopeless battle with the rebels in the east of the country, could take advantage.