COP27: How climate change is affecting countries around the world 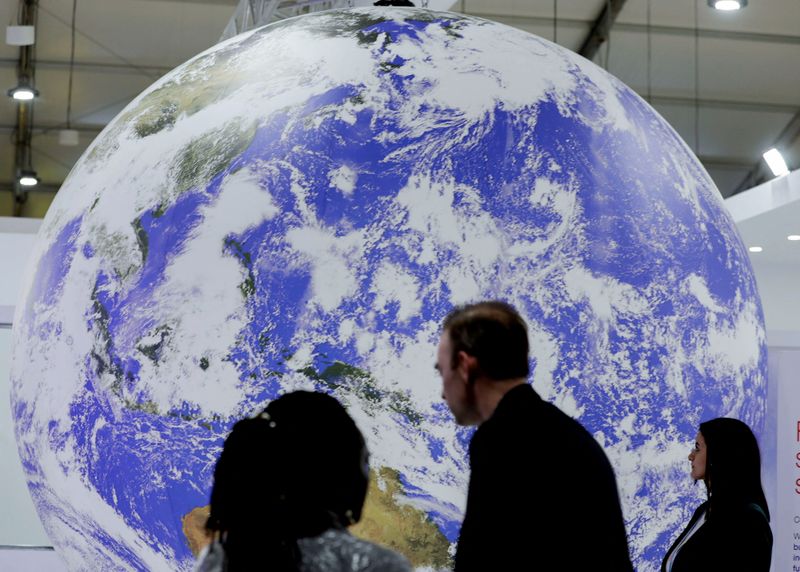 In February, the United Nations Climate Science Agency released a major report on adaptation to a warmer world — detailing how the effort could vary from place to place. While some countries will see glaciers melt or coastlines rise, others will suffer mainly from raging wildfires and intense heat, according to the IPCC report.

This requires different investments and solutions for societies that wish to adapt. Here are some of the ways climate change will affect countries in each region:

The report said countries with land in the Himalayas or their foothills, including China, India, Nepal and Pakistan, could experience flash floods. When the ice melts, water can pool behind the rocky ledges and form lakes. And when those rocks fade, the water rushes downstream, endangering downstream mountain communities.

To the south, mosquitoes that can transmit diseases like dengue and malaria are expected to spread to new parts of subtropical Asia, driven by warmer temperatures and heavier rains.

It will move hundreds of millions of people. A September World Bank report warned that climate impacts, such as water scarcity and crop failure, could force some 216 million people to migrate within their own countries by 2050.

Africans, who live on the world’s warmest continent, are particularly at risk of heat stress. If global warming rises more than 1.5 degrees Celsius (2.7 degrees Fahrenheit) above pre-industrial levels, at least 15 additional people per 100,000 people will die each year from extreme heat, according to the Intergovernmental Panel on Climate Change.

Africa’s population is likely to grow faster than anywhere else in the 21st century, with many people living in coastal cities. By 2060, more than 200 million people in Africa are expected to be vulnerable to sea level rise.

Lagos, Nigeria’s coastal capital, is on track to become the world’s most populous city by 2100. Population growth across the continent could also increase resource scarcity.

The Amazon rainforest and the thousands of diverse plants and animals that live there are extremely vulnerable to drought and wildfires, exacerbated by the felling of trees by farmers for cultivation.

Droughts, storms and floods will only get worse in parts of the Andes, northeastern Brazil, and parts of Central America. Combined with geopolitical and economic instability, these consequences can lead to waves of migration.

The heat wave of 2019 provided just a taste of what awaits Europe if the temperature rises to 3°C. At such temperatures, the number of heat stress and heat-related deaths would double or even triple compared to 1.5°C.

Above 3°C, there are limits to people’s ability to adapt and existing health systems,” according to the IPCC report.

Damage from coastal flooding is expected to extend beyond the sinking of Venice and increase at least tenfold by the end of the century.

Despite Europe’s relative wealth, current adjustment measures are insufficient. Scientists expect deaths from heat, crop failure and water rationing during droughts to continue in southern Europe for decades to come.

Major wildfires will continue to burn forests and darken skies in the western United States and Canada, destroying wildlife and livelihoods and fueling air and water pollution.

Even if global warming were limited to 1.5°C, many parts of the United States would be at high risk of severe storms and hurricanes, as well as flooding from rising seas and storm surge.

See also  McDonald's was hacked in Korea and Taiwan

On Monday, the country’s Fifth National Climate Review warned that such events would threaten “the things Americans value most,” such as safe homes, healthy families, public services and a sustainable economy. The Intergovernmental Panel on Climate Change also said such climate impacts would disrupt global supply chains and international trade.

And in the Arctic, melting sea ice, rising temperatures, and thawing permafrost will push many species to the brink of extinction. In a new report released Monday, scientists predict that sea ice will disappear completely by 2030 by 2030.

Forests of the Great Barrier Reef and Australian Kelp will reach a difficult adjustment point above 1.5°C and undergo irreversible changes due to marine heat waves. According to the Intergovernmental Panel on Climate Change, tourism receipts will fall sharply.

Severe bushfires may threaten southern and eastern Australia and parts of New Zealand.

As the Australian forests dry up, the alpine ash, snow gum forests and boreal jara forests will largely collapse.