Council: Gives farmers more freedom when it comes to sustainability 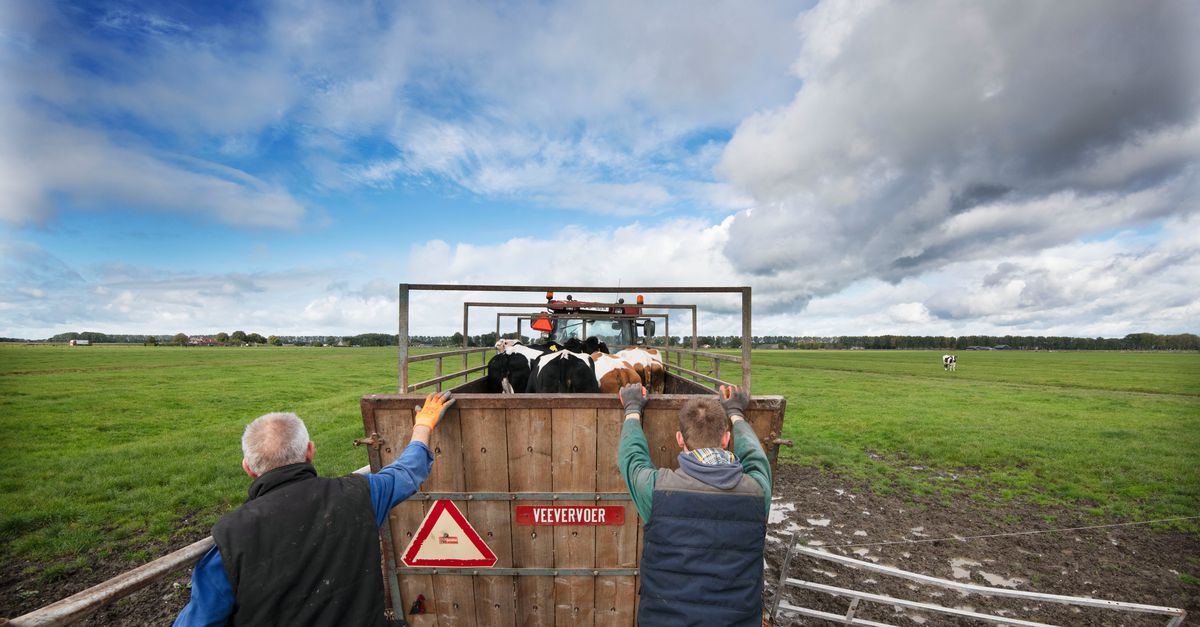 There should be a new government policy for farmers who want to make their farms greener in the coming years. For example, there should be more requirements applicable to individual companies in the field of nature and the environment, which then governments must strictly enforce. At the same time, politicians should give farmers more freedom to decide how they want to meet those requirements. The Council on Environment and Infrastructure (Rli) advised outgoing Minister Carola Scotin (Agriculture, Cristenoni) on Thursday.

According to Rli, an independent advisory body to the government and Parliament, the Cabinet is paying close attention to farmers who will or not voluntarily stop their businesses. Behind the scenes, the formed parties talk, for example, about an investment fund containing tens of billions of euros. These funds are intended, among other things, to move or purchase farmers who emit a lot of nitrogen in natural areas at risk. In this way, emissions must be reduced to make room for new construction projects.

The agricultural sector is responsible for a large portion of nitrogen emissions in the Netherlands. It is likely that the new government that will be formed will come up with measures to reduce this share. recently appeared Survey by I&O Research Of just under a thousand farmers, just under 40 percent are willing to negotiate with the government on livestock reduction to arrange mass purchase. About 61 percent of respondents, most of whom are young entrepreneurs, said they want to continue their business anyway.

There are no clear instructions

The Riley family found that farmers believed government policy should focus more on the group that wanted to continue their business, but were unsure how to do so. The researchers recently spoke with arable farmers, pig breeders, fruit growers, and dairy farmers of various backgrounds, among others.

According to entrepreneurs, there is a lack of clear guidelines for investing in time to meet future sustainability requirements. In their view, the current policy is very inconsistent. Additionally, the permit system has been set up in such a way that farmers lack the freedom to decide what they must do in order to comply with environmental rules and regulations with their company.

Also read this piece: The more money the farmer wants to be ‘greener’

In September, it was announced that the Ministries of Agriculture and Finance had carried out a months-long inventory of what is needed to make the agricultural sector sustainable so that nitrogen emissions are reduced. Various scenarios were calculated for this. For example, the purchase of production rights for farmers who emit nitrogen was examined. Another, more radical option, is for the government to buy the land itself from the entrepreneurs and then make it more environmentally friendly.

The latter can lead to the discontent of farmers who want to continue independently. They believe that the government is outlining their inadequate prospects for greening and inventing themselves. So Rli advises national, provincial and local government to set company’s own sustainability standards, but to give farmers the freedom to decide how to meet them.

The Ministry of Agriculture is currently working on an alternative to the hectare payment system, where farmers can receive subsidies for hectares of agricultural land. In the future, this should be replaced by the so-called ecological scheme. This is a reward system that should encourage farmers to make their business more sustainable. The council proposes a points system based on the sustainable performance of farmers. The farmer can then earn points in different areas – such as climate, soil, water, and landscape. The total number determines the level of sustainability and the amount paid by the government.

See also  A semiconductor board

The advisory body also makes recommendations to the Cabinet to make it more financially attractive for farmers to do greener business. For example, by obligating the retail sector to stock a fixed portion of its range with sustainable products.

Rli also proposes agreements between slaughterhouses and sustainable ranchers. In addition, the Cabinet may decide to reduce the tax on sustainable food.

A version of this article also appeared on NRC on the morning of December 2, 2021