Cows should go to the urinals to reduce greenhouse gases 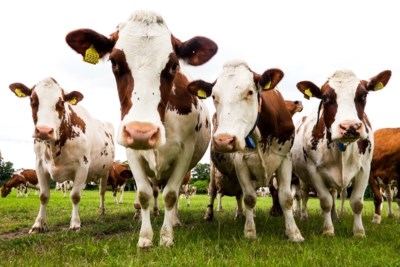 Scientists say the cows were successfully trained to urinate in the toilet. Its purpose is to reduce greenhouse gas emissions. A team of New Zealand and German researchers agrees that the experiment began as a joke, but found that managing Bowie’s urine had a long-term impact on the climate.

“If we can catch 10 or 20 percent of our urine, this is enough to significantly reduce greenhouse gas emissions and nitrate flow,” said Douglas Ellip, of Auckland University.

According to Eliff, nitrogen in cow urine breaks down into two pollutants over time: nitrous oxide, a powerful greenhouse gas and nitrate that accumulates in the soil and then mixes into rivers and streams.

Scientists conducted experiments on sixteen calves. They used food when the animals went to the pen to urinate. The study, published this week in the current journal Biology, demonstrates that a cow can be taught to urinate in the toilet, Eliff said.

Now the challenge is to train large numbers of animals to do it and herds to go to the toilet, including in New Zealand environments, where animals spend more time outside than in the barn.