Criticism of images of asylum seekers behind the fence in Reference 1: “This was not the intention” | show 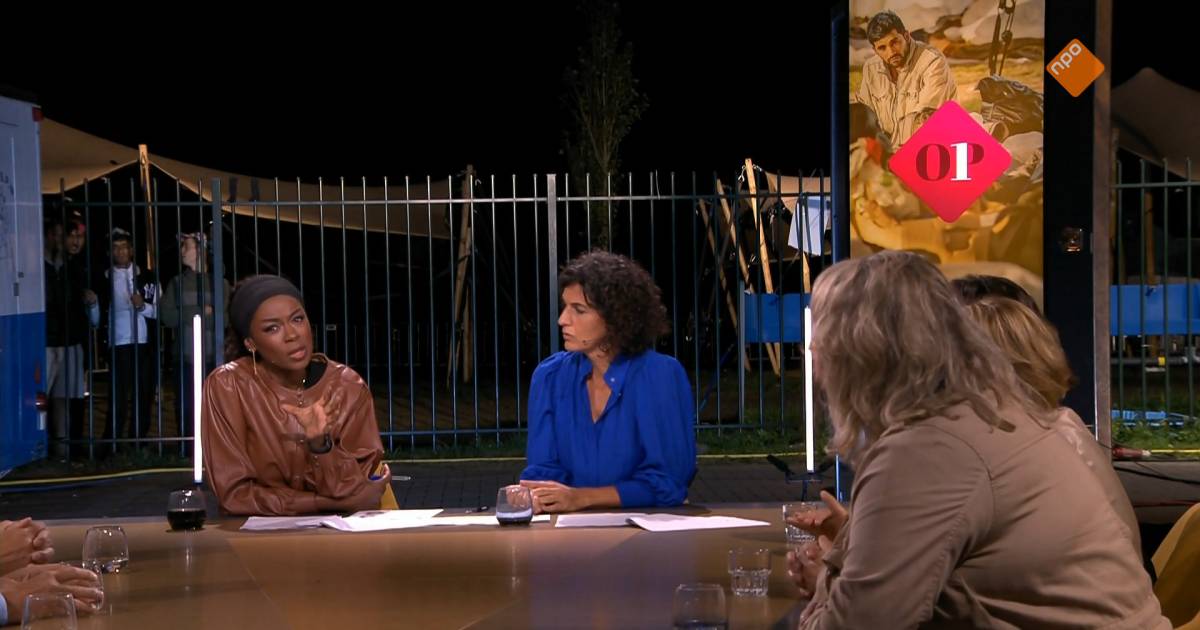 The Evangelische Omroep has decided to cancel the talk show in 1 Yesterday broadcast from the Center for Asylum Seekers in Ter Abel, a risk. This is what EO Editor-in-Chief Bertus Teschelar said in response to the criticism that has surfaced.

The in 1Yesterday’s broadcast was entirely devoted to the abuses that took place in Terre Appel. Recently, many asylum seekers are sleeping abroad. The broadcasters decided last week that they wanted to pay attention to the situation in the village of Groningen. In very exceptional cases, the COA has decided to allow cameras to be located on the location of the recording center.

According to Tichelaar, the reason EO wanted to broadcast from Ter Apel had to do with the fact that it wasn’t easy for Groningen dinner guests to travel to the TV studios in Hilversum. Half of the invitees came from the immediate vicinity of Ter Apel. This formation on the table can only be made because we were there.”

During and after the broadcast, there was a lot of criticism of presenters Margje Fikse and Giovanca Ostiana, who were filmed in front of the fence. Refugees can be seen behind them. This was outrageous on social media and was compared to the zoo. “The refugee issue is very polarizing,” Tescilar said. “Everyone has an opinion and you don’t get it right. I am especially pleased with the different points of view we showed at the table. We did our best to build the decor as best we could. During the day we explained everything. But during the live broadcast, there are certain risks involved. We did not expect people to stand at the gate in the evening. So it was not intended to appear like that.” Tescilar confirms that this is the reality at Ter Apel. “This is where not everyone can sleep inside.”

Bert Huyses, the ultimate in charge of in 1, indicates that the broadcast from Ter Apel was merely an EO pick. ,, I have broadcasters, who are subscribed customers to in 1I haven’t heard about this broadcast yet. It is a multi-format program in which the broadcaster has a great deal of freedom in terms of editorial content. The limit is that the program may not be corrupted for other broadcasters.”

Watch a conversation with COA Director Milo Schoenmaker about the new locations here:

Also listen to the AD Media Podcast with a theory Tim Hofman didn’t discuss this week, the conversation with Nick and Simon and Radar Deterioration. Listen below or subscribe via spotify or Itunes.