Dane finds 22 Viking Age gold coins: ‘Like the lid of a can of sour herring’ | Science 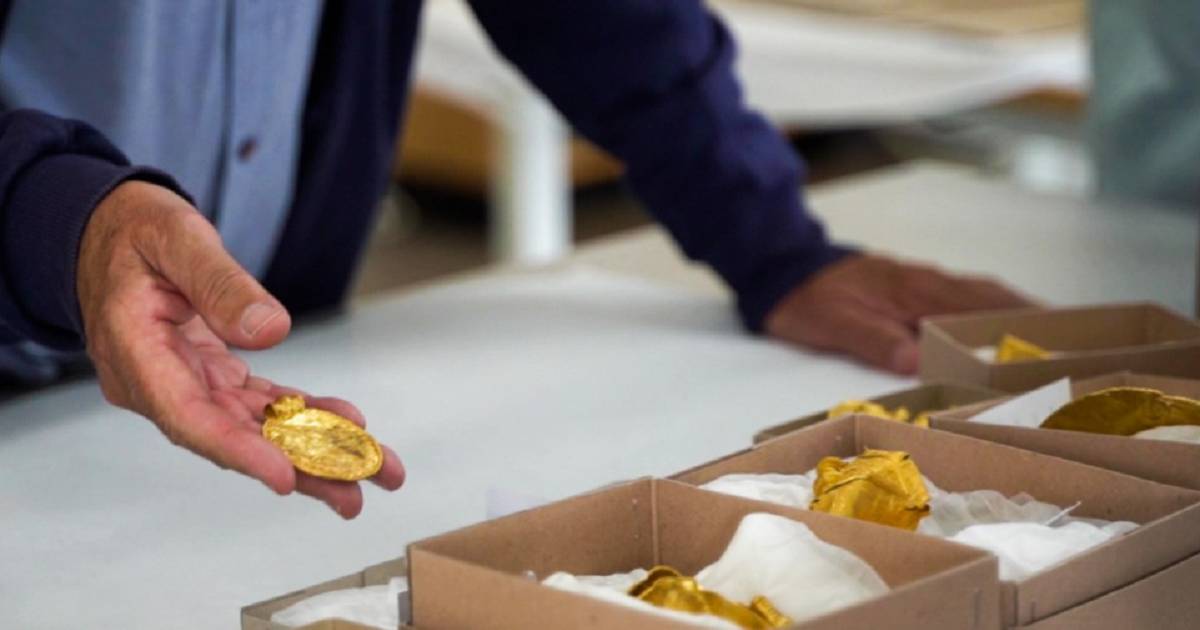 An amateur archaeologist in southwestern Denmark has discovered 22 gold coins using a metal detector. The objects, weighing two kilograms together, seem to date back to before the Vikings, and so could provide new insight into that period.

Ole Ginnerup Schytz made his discovery in December at Vindelev, outside Jelling. He had just bought a metal detector and was walking on a piece of land owned by a friend. He didn’t come out ten times. Danish writes TV2 On his website. “It was scratched and covered in mud,” says the Dane of the bent piece of metal he dug out after the detector whistled. “I had no idea, so all I could think of was that it looked like the lid of a can of herring.”

It turned out that there were more golden things. Ole Ginnerup Schytz made “a remarkable discovery, one of the greatest in Danish history,” said Mads Ravn, director of research at the Vejle Museum, who has helped with further excavations of the objects and will be on display from February.

Runes and inscriptions can be seen on objects. One such object mentions Constantine the Great, the first Christian Roman emperor who lived in the early fourth century. “Tokens make things unique, more than the number of pieces found,” says Mads Raven. “There are a lot of symbols on it, some of which we have not seen before. This allows us to increase our knowledge of the people who lived during this time.”

Things were discovered six months ago, but now the news is out. Early investigations suggest that the treasure may have been buried as an offering to the gods at a time when the climate in northern Europe suddenly changed. This was due to a volcanic eruption in Iceland in 536, which released large amounts of ash into the air.