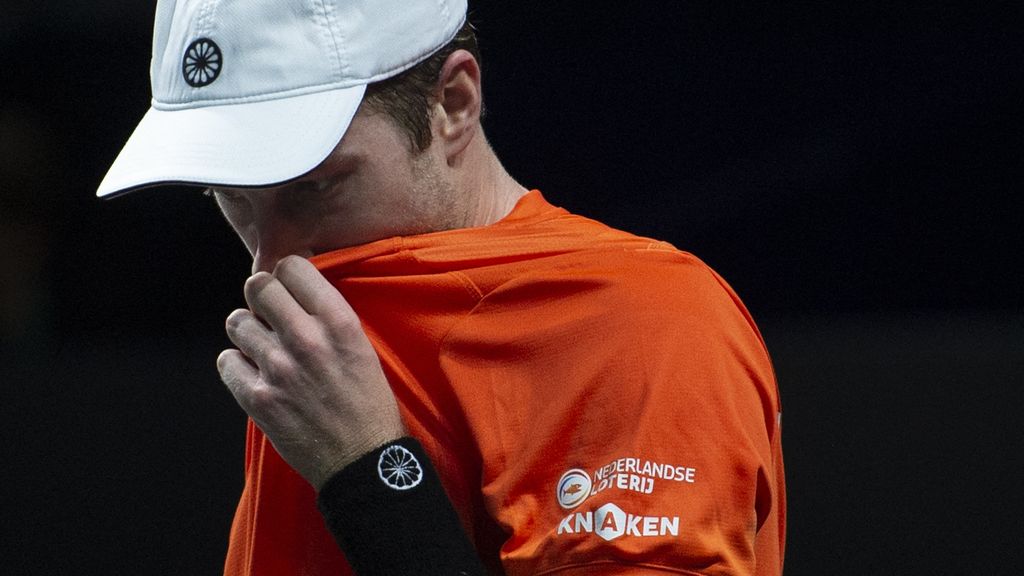 The Dutch Davis Cup team was eliminated in the quarter-finals after their two singles matches. After Tallon Grepe’s run, Botic van de Zandschulp also lost their match, meaning Australia was guaranteed a place in the semi-finals.

“This is probably one of the most painful defeats I have ever experienced,” he replies to the frustrated Greek track. “There was a lot of tension in this match. It’s a Davis Cup quarter-final game, so there’s a lot at stake. In the end you’re just not good enough. Then you hit hard.”

Check out reactions from the Greeks and van de Zandsholb below:

A few weeks ago, Greek track runners like Botic van de Zandschulp and Matwé Middelkoop decided to take a break from the tennis court. After a two-week vacation, the three resumed training.

“They’re happy on the track, you can just see that,” Harrois said before the meeting with Australia.

It was not until Tuesday at the start of the match against the Greeks that freshness showed. On the steel court of Malaga, the Dutchman, who occupies 96th place in the ATP ranking, was sharp on the spot and won his first serve match against Thompson (ATP-84). However, the Australian broke right away. In the fifth game, the Greek track made the decisive break of the first set.

See also  Book on "De Zwarte Panter" by Goes: "Frans de Monck would have been a star"

A Davis Cup team can match their best ever performance: ‘Today’s form is crucial’

In the second set, the Greek track had a little more difficulty with Thompson and was mainly physical. The matches dragged on for a long time and both players made it difficult for each other on their own serve, but a break was not in sight for long. It wasn’t until the last game of service for the Greek track that Thompson hit. The Australian also won the series 7-5.

Also in the third set, it took a long time for the first break to turn out to be a reality. The Greek track gave up their losing game at 3-2 and the Dutchman could no longer make things difficult for Thompson.

Because of the defeat of the Greeks, Van de Zandschulp had to win his match against Alex De Minaur to keep the Netherlands in the race for a place in the semi-finals. The Dutchman, ranked 35 in the world, started strong and made several good points against De Minaur (ATP-24).

The two seemed to be heading to a tiebreaker, but Van de Zandscholpe scored 6-5. The 27-year-old Dutchman broke the Australian and that break was instantly decisive for the set.

Then, De Minaur converted the pace and Van de Zandschulp took his first serve game. Van de Zandsholb could do nothing and surrendered the serve for the second time, trailing 5-3. In the third set, one break from De Minaur was enough to give Australia victory.