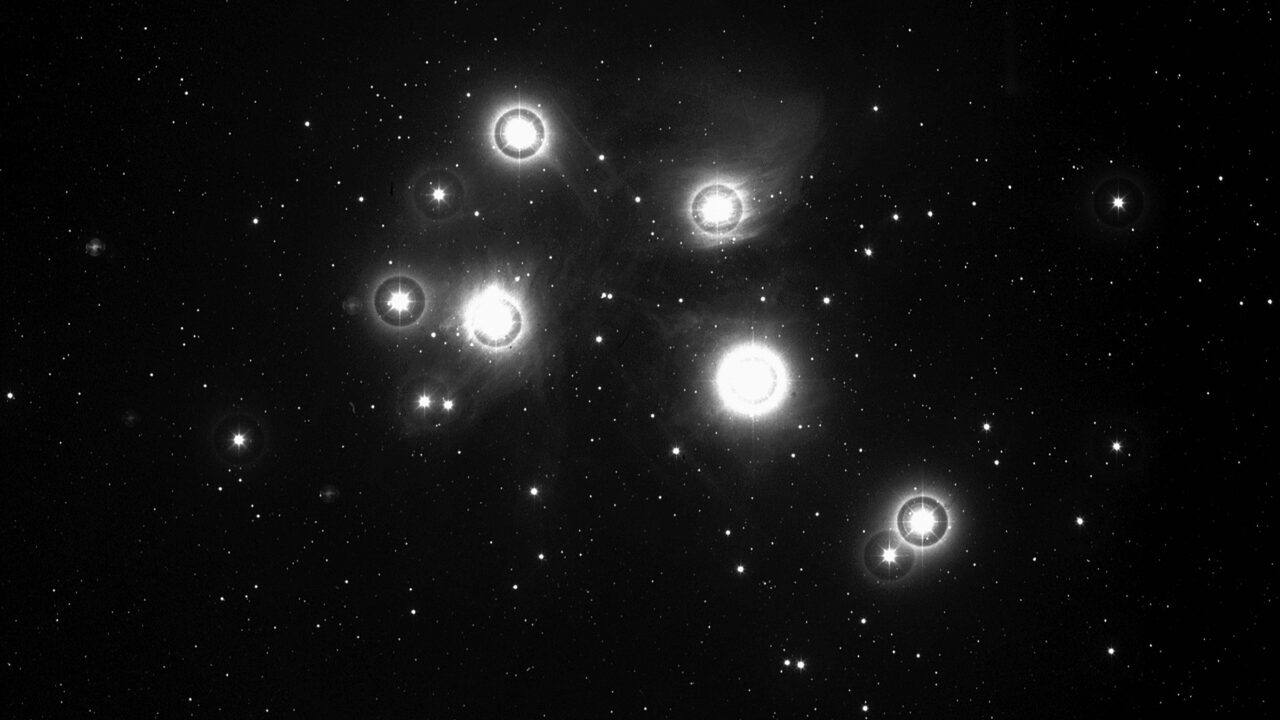 Our ancestors saw the chandelier – yes, for several years, the preferred spelling with the letter j – was already visible in the sky, and they described it in the literature. You can find it, for example, on the Nebra Celestial Tablet, which dates back to 1600 BC. This bronze disk, about 30 cm in diameter, gives a view of the sky at that time. The Bible also mentions the Pleiades three times, in Job 3:9, Job 38:31 and Amos 5:8.

And then, of course, there are Greek myths. You can say with some imagination that the chandelier, according to the ancient Greeks, is the result of an ancient #metoo scandal. Chandeliers were initially not stars, but girls, Atlas girls. When Atlas had to take Heaven’s Vault on his shoulders, the hunter Orion saw his chance and tried to kill them. To stay in #metoo terms, he tried to lure young girls into his hotel room.

The supreme god Zeus came to the aid of Atlas of the Hand and Foot, turning first the virgins into a bath, and then into the seven stars to drive them away from the hands of Orion.

Although the Pleiades are easily visible to the naked eye as a small pot, a whole new world opens up to you when you look at them through a telescope. You can quickly see dozens of stars through a model house, garden and kitchen. In fact, the cluster consists of about 500 stars. Although the name is well chosen from a mythological point of view, it does not do justice to the reality.

See also  Redevelopment of Hoornesplein at the end of 2021

If you want to see the chandelier with your own eyes, wait until winter. Then you can already see the seven stars in the evening, and the nights are often much brighter than in summer. At the end of November, at the beginning of December, you can see the chandelier in the south at about midnight. Find a place where the southern sky is clear, and start with this ridiculously bright star in the sky, Sirius. Diagonally you will find Orion and above the Pleiades again. Don’t forget to bring a thermos with a hot drink, as it can get cold during winter nights.