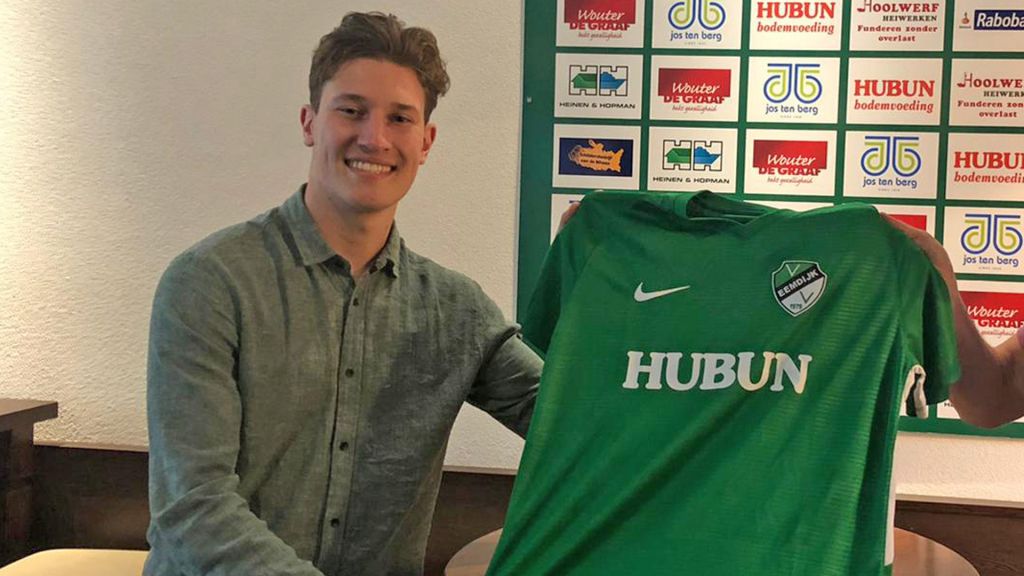 IMDEJC / Ponchoten-Spackenburg Emdec has strengthened himself for the next season with Marc de Graaf. The 21-year-old midfielder, who has a past in the youth of IJsselmeervogels, signs for a season at De Vinken. Abdul Rahim Al Wukili also goes to EMDC.

For the past two years, De Graaf has played soccer in the United States, combining sports with studies at Shawnee State University. Now that he’s back in Holland, he’s joined EMDC. “Mark is the midfielder who was still missing from our selection,” says Technical Director Jan van Tuellert.

“A player who can handle eighth place well. He’s a football midfielder, he has an excellent sense of position and knows what’s going on around him. He’s a link player with a natural drive.”

Before leaving for America, there was already a connection in order to move”

“Of course we still know Mark from the youth of IJsselmeervogels and before he left for America there was already a connection in order to relocate,” van Tuellert continues. “Mark has been training for a few weeks and he’s making a very strong impression. He’s fit and eager to learn and makes the right choices on the ball. We’ll enjoy this a lot.”

Emdic also announced the arrival of Abd al-Rahim al-Wakili. The 29-year-old from Houten, like De Graaf, signs for a year with Diekers.

The winger has already played with Hercules, IJsselmeervogels and DOVO in our area. Loecki has already worked with coach Willem Rump in the Utrecht team. “Two seasons ago I didn’t think Abdul Rahim would be active on De Vinken, but it all fits together perfectly,” says Van Tuellert.

“Abd al-Rahim is a player who can play in several positions and has earned his Spurs at the division level. He is a petty player who loves to come to a sports park. For us he can definitely make a difference at the level of the Premier League,” continues the coach.

After Frank Hughes, Nils de Jong, Tim Quelwen, de Graaf and Lukele are the new fourth and fifth players in coach Willem Rump’s selection. And so the Eemdijk selection was completed.