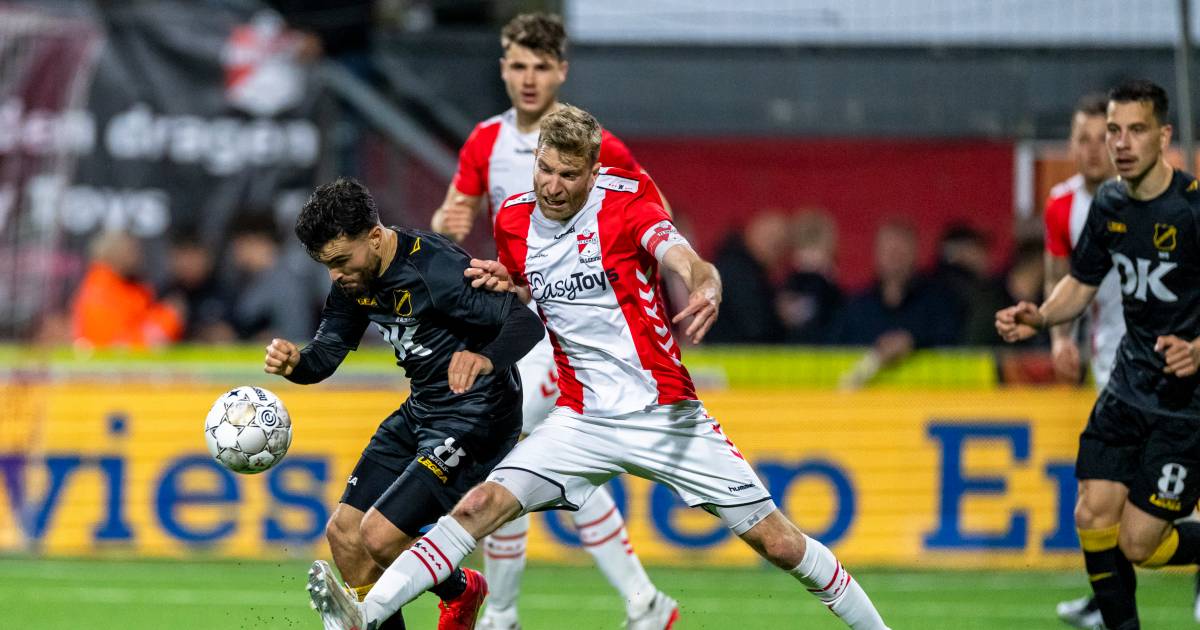 Michael De Liu was long after FC Emin’s relegation. The 34-year-old captain will leave for Groningen this summer on a free transfer, but is very disappointed as he is bidding farewell to the club he has played in since January 2019 with relegation.

“It hurts, very painful. Now when you see what he’s doing for everyone, in the stands and in the dressing room … it’s not fun to watch. You know it could happen, but you don’t take into account that it will happen.”

Despite odds of 32-9, he went 1-1 at Emman, after which NAC won a 3-4 penalty shootout and thus qualified for the final next Sunday against NEC. In Breda, he is fighting for a ticket to the Premier League, with Emman relegated three years later. “It was not good. Very apathetic, very modest. We just had to finish it earlier, but unfortunately … the penalty string is then a lottery, then you also have to have a little bit of luck.”

FC Emin did not win the first 22 games of the season, but he then put up an excellent streak and was No.7 in the Premier League based on the second half of the season. “We just started too late and now we’re getting the bill for that. Quite simply. Whether justified doesn’t really matter. In the end, you are where you should be, that’s how you always work in sports.”

After Mounir Allouche’s final penalty kick, things became grim, after some angry FC Emmen fans marched onto the field seeking to face Anko Jansen. “I don’t know what was said there, but it doesn’t matter … it shouldn’t happen, but I understand everyone’s feelings and frustration. I think everyone in the Netherlands has been able to see how good our audience has been in recent years, and that won’t change. They have always been behind us, even When we lost 22 times in a row. “