Deaths and floods in a Chinese city after heavy rain | abroad 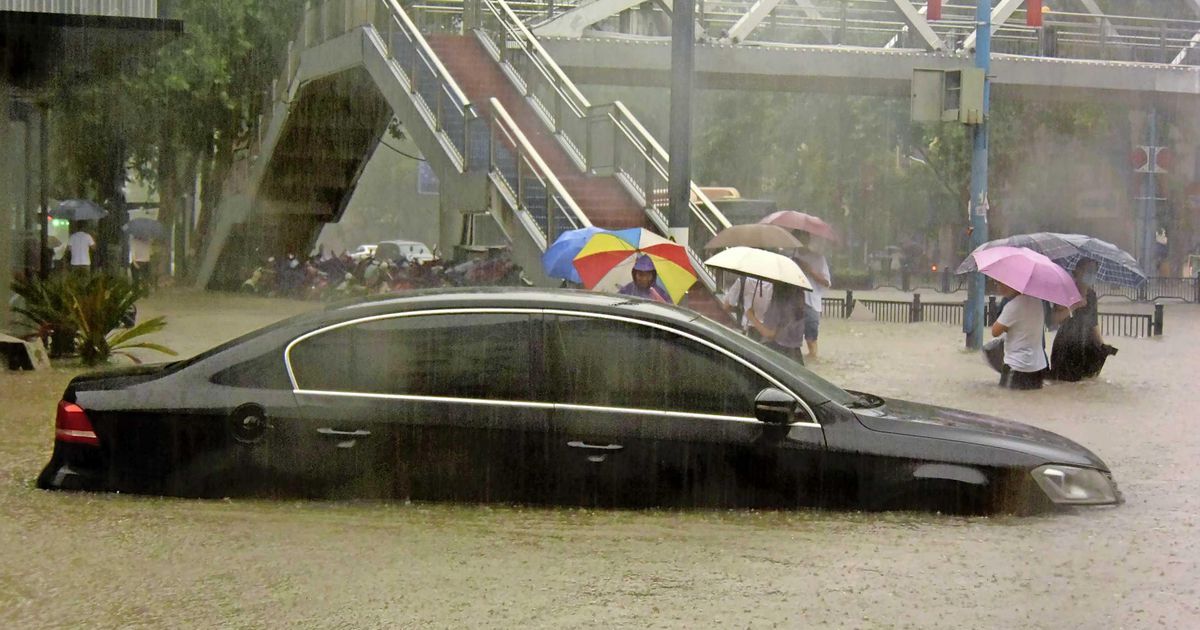 The metro, among other things, filled up, leaving hundreds of people trapped underground. Videos on social media can be seen of people standing on their shoulders or half in submerged waters. Hundreds of critically ill patients in a teaching hospital had to be taken to safety.

According to the authorities, such rains occur only once every 100 years. They spoke of a bleak situation in the capital of Henan Province. Many streets in Zhengzhou are flooded. In many places, water and power supplies were cut off. Traffic was practically paralyzed. Zhengzhou Airport had to cancel hundreds of flights.

The rainfall in Henan resulted in Typhoon N Fa, which also devastated two other provinces. Henan Province has been plagued by torrential rains since last week. The water levels of the Yellow River and its tributaries have exceeded alarm levels. Tens of thousands of people have been brought to safety in recent days. The damage to agriculture is in the millions. Other parts of China also suffer from bad weather.