Deaths and injuries due to heavy snowfall in Japan 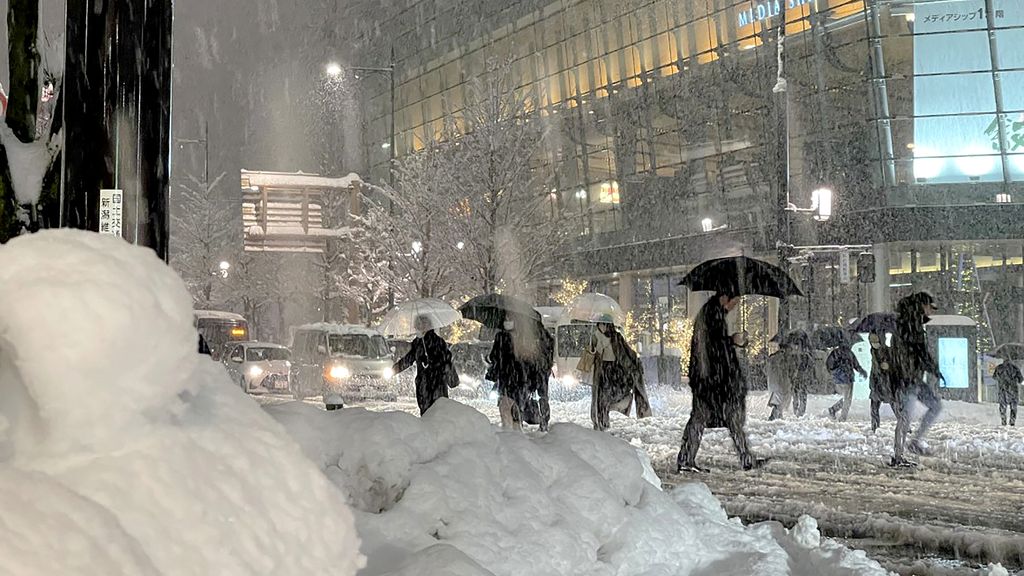 Heavy snowfall, especially in northern Japan, killed 17 people. At least 93 people have also been injured, according to Japan’s emergency services. Hundreds of homes without electricity.

Most of the victims fell when they slipped while removing snow from their roofs or when they ended up under heavy snowpacks that slid off the roofs. Emergency services are warning people to be careful and not remove the snow on their own. They also warn of icicles that can fall from the eaves.

Snow fronts have mainly moved across the north of the country, with hundreds of vehicles stranded on highways since last week. By Sunday, 11 people had died as a result. Because of the increased snowfall on Christmas Day, that number rose to 17.

In some places it snowed more than a meter. Three times more snow than normal in many places.

On the island of Hokkaido, a power plant failed due to heavy snow, leaving 20,000 homes without power for several hours yesterday morning. Train and air traffic were also suspended for several hours.

Road conditions cause delays in product delivery. In Niigata, where rice is grown and mochi (sweet cakes of steamed sticky rice in pastel colors) are traditionally made for New Year celebrations, there are concerns that the mochi will not be delivered to all customers on time.

Snow is expected to continue, especially in the mountains.

See also  Villages evacuated in Greece due to wildfires