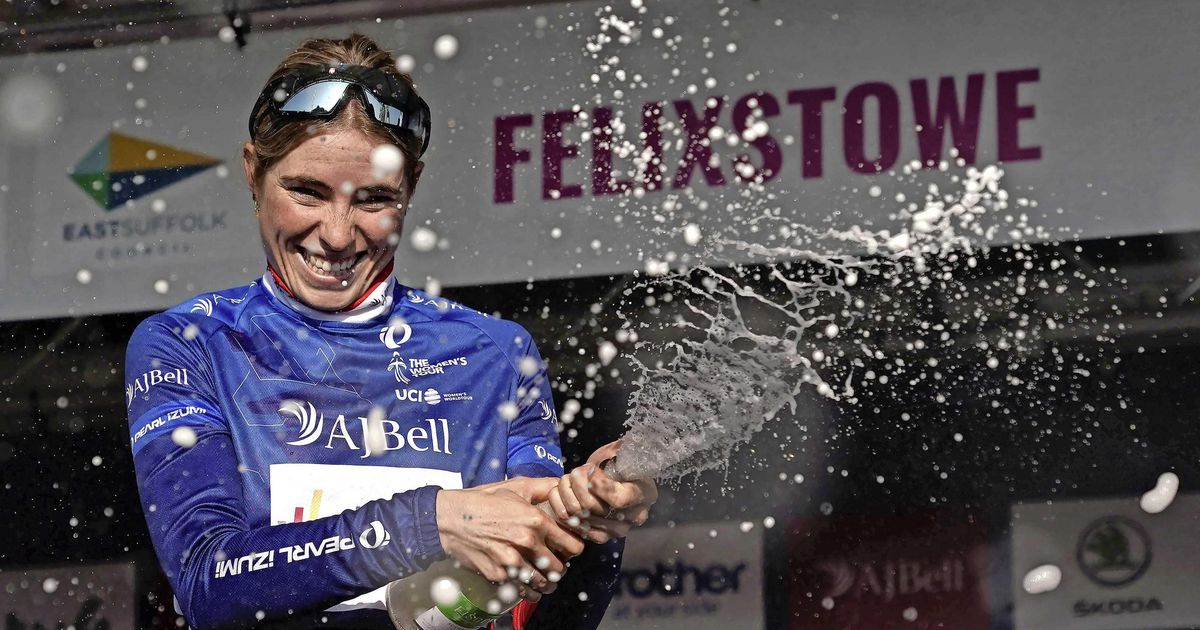 Völlering walked away from a group of favourites, with Paulina Roijakkers (Canyon Ceram), only to get rid of the Brabant woman in the final run on the Muscatstrat slope. He then led the South Holland rider to the victory single-handedly over ten kilometres.

This is Volleyring’s first victory of the season, who finished second in the Amstel Gold and Omloop Het Nieuwsblad. Last year it won the Liège-Bastogne-Liège and the La Course from Le Tour, among others. She also became a Dutch champion Clay. In her raids to win the Brabantse Pijl, she was driven from the team manager’s car by former Olympic champion Anna van der Breggen. The Olympic champion who led to victory in Flèche Wallonne last year and who paid her her fair share of Vollering’s victory in Liège. “Anna really guided me to this victory. You can feel she knows what she’s talking about when she reminds me to ride more air and give more about climbing. This experience really supports me.”

The Rooijakkers were retrieved by a group of pursuers three kilometers from the finish. In the end she had to let go, she took sixth place. Poland’s Kasia Niewiadoma came in second, and Lianne Lippert came in third. Last year, Fullering happily raised his hand after a sprint with Ruth Winder after the Brabantsi Beagle, but upon closer inspection, the final photo suggested the American was the winner. She got her revenge convincingly this year, and no one else was in the final photo after that.

For Fullering, a welcome victory was toward Walloon Arrow (in less than a week) and Liège-Bastogne-Liège (the following weekend). “It’s nice to win like that. I wanted to try a different tactic and this course was a great fit for that. Because I can finish well with a group after a tough race, that’s usually my racing tactic. But now I’ve shown that I can do it in a way.” Others. It gives me confidence towards the next goals. But it’s also good for my teammates, who have supported me so much over the past few weeks. And the fact that we finished the first race with five riders also says something about our strength in the show.” Her flight companion Rooijakkers eventually stopped taking over. “I think she was the best at the time, even though she had a solid race. I had to go deep, but I managed to get away and hold out. It’s good that she got that victory.”

In the men’s race, the victory went to 19-year-old American Magnus Sheffield, who broke up with a group of seven and gave Team Ineos another win. Former winner Matthew van der Poel (2019) allowed the match to pass.