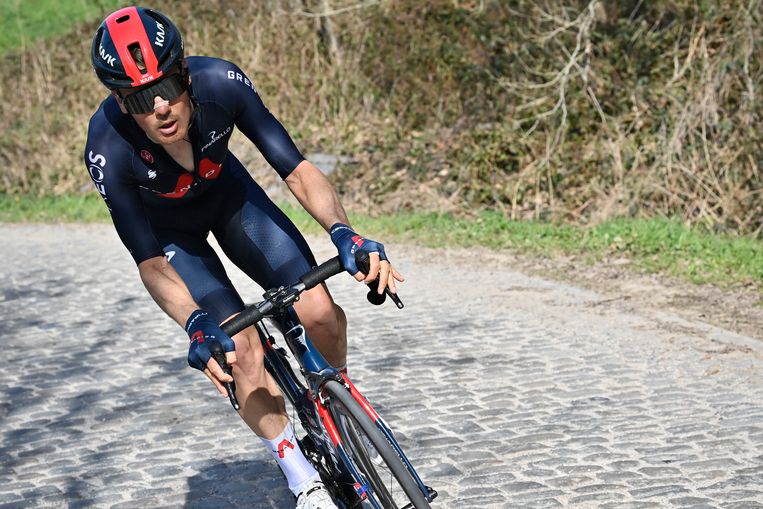 While all eyes are on Matteo van der Bolle, the 2019 winner, and who knows, world champion Julian Alavelipe may have ambitions, it is the valuable force of Ineos Grenadiers that showcases the most daring. On Berg ten Houte, a somewhat lesser-known cliff in the Flemish Ardennes, the designer, barely able to track their efforts, takes off with more than 50 kilometers to travel.

He then says the solo was not intended. I felt so good. I moved and I was alone. I was still hoping there was more. It does not happen. After that, he’s still counting on joining a group. If it doesn’t come true either, then he knows he has to do it on his own. The last thirty kilometers cheers himself up. “All I could think of was: just a cart, a cart, a cart.” From a good distance, Van der Poel faces daytime and Alaphilippe remains nearly invisible.

It’s not much of a winner, Van Paarl. In 2014 he won the British Race, and in 2018 he became the Dutch Test Time Champion. In 2019, he won the Herald Sun tour and stage in the Critérium du Dauphiné. In the Tour de France, he regularly presents himself as a supporter and anchor for his team captains, even as he rises uphill.

But on the Flemish cobbled cliffs, he is being given more space for his own initiative. He can handle it. On the Flanders Tour, he has already finished 4th (2017) and 6th (2016). At Dwars Door Vlaanderen, he made his podium debut in the 2015 classic with third place.

On Wednesday he proved once again that this is his area. Behind him, a group of riders including Greg Van Avermait and Florian Senchal are chasing without a good chase. Van Parley maintained his lead almost steadily, in half a minute. On the line, he has 26 seconds to save, on Christophe LaPorte and Tim Merler.

Countryman Van der Poel raises puzzles mainly in the game. It turns once, but quickly sinks back onto the saddle. At Knokteberg, he finds himself in a group tail and has to let go. Moments later, he returned to lead the Peloton. On Nokereberg he could hardly keep up. Two kilometers from the end, he is back on the front in the Merlier sprinter service. After that, it almost stops. Unfathomably, he came in at 58th, at 1.41 from the winner. He’s not the coveted general on next Sunday’s tour of Flanders, as arch-rival Wout van Aert was filled with a lot of self-confidence with his victory in Gent-Wevelgem.

“It didn’t work,” the Dutch champion explains shortly after. I couldn’t go deep. I had to get back to my pace quickly. He jokes: “I had to put some cash in the counter.” The heat may have played a role. “I heard more riders complaining about it.”

Is he worried about Sunday now? Not really, is his response. “A few days of rest, some stimulation and then I’ll definitely be ready.” And yes, he also expects Van Parley to be on top. “Dylan is always good at the classics. He’s someone to watch. The winner knows too. Van Parlee: I’m on the right track.”

Contrary to her habit, Annemiek van Vleuten made her mark in the season opener a little less, but on Wednesday she was still on the highest stride in the honorary scaffold. She beat Dwars door Vlaanderen by defeating fellow fugitive Katarzina Neviadoma of Poland in a sprint. It was her first victory in the service of her new team, Spain’s Movistar.

In Omloop het Nieuwsblad, I was surprised by the strength of SD Worx, the team around world champion Anna van der Bregen, in Strade Bianche, stranded in an attack with Marianne Voss. Then she stayed in Tenerife, where she traveled several kilometers to train on and around El Ted volcano.

In Flanders, where S.D. Worx was missing, Knokteberg attacked and only the Poles got along. With a win in her pocket, she will be at the start of the Flanders Tour on Sunday with a lot of confidence. “Now everyone knows Movistar is a strong team to be reckoned with.”