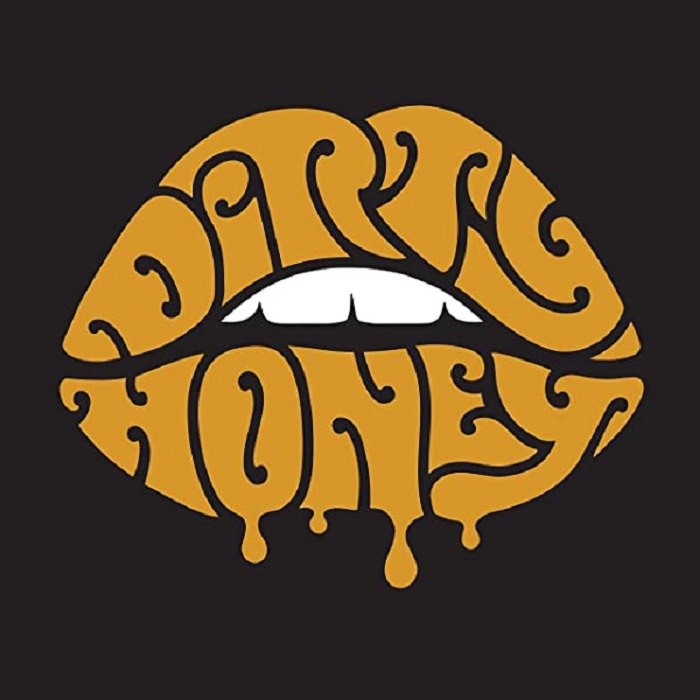 Dirty Honey is based in Los Angeles, founded in 2017. The band includes Mark Label (voice), John Noto (guitar), Justin Smolean (bass) and Corey Coverstone (drums). The first E.P. Released in 2019, it recently followed the first full-length album. The band will actually travel to Australia in March 2020 for a tour and record their debut album there. Like many, Govt-19 slashed the bill. The band then moved to Henson Studios in Hollywood, California. Production was in the hands of Nick Didia, who worked with Bruce Springsteen, Amy Mann, Pearl Jam and many more.

There are eight self-written songs on this album. Although self-written and authentic, it is clear that their influences are with bands such as Led Zeppelin, Aerosmith and Guns Roses. But it is also unreasonable to dismiss Dirty Honey as a copy. The band is very good at it and their musicality is very good. Singer Label recalls a crossroads between Robert Plant and Chris Robinson. His voice moves mainly in the highlands.

However, his versatility can be heard in songs such as ‘The Morning’ in which he expresses a raw and dark sound, and in ‘Tight Up’ he can be heard singing a cappella with a background voice. Guitarist Noto sometimes decorates with tasty and sometimes harsh guitar solos and licks. The aforementioned ‘The Morning’ and blues rock song ‘Another Last Time’ are songs that deserve a special mention in my opinion. Great album, highly recommended. (7/10) (Own production)