Disastrous rainfall in Pakistan due to climate change 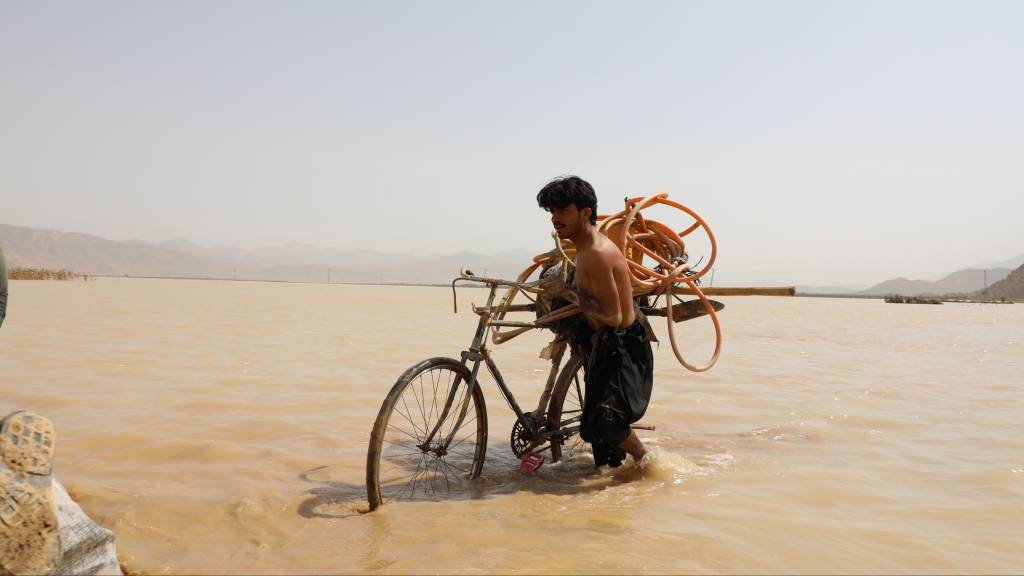 The heavy rainfall that had catastrophic effects on Pakistan last summer is likely related to climate change. This is the conclusion of 26 climate scientists associated with the international network Refer the weather in the world (WWA). The study found that as global temperatures rose, the intensity of precipitation increased in the South Asian country.

Scientists build this discovery on climate models and weather data. The results show that the current rise in global temperature of 1.2 degrees has resulted in a 75 percent increase in rainfall in the hardest-hit provinces of Sindh and southern Balochistan on the days of the worst storms. The researchers stress that there are still significant doubts about the exact increase.

The findings are in line with research by the United Nations Climate Panel, the intergovernmental panel on climate change. At the end of June, the United Nations already spoke of an “unprecedented climate catastrophe” in Pakistan, which faced severe weather in June, July and August. At least 1,300 people died, and 1.7 million homes were destroyed or damaged, as well as more than 1,400 health care facilities. 6,700 kilometers of the road network were severely damaged. Sindh and Balochistan received seven and eight times more rainfall, respectively, than usual in August.

The World Academy of Women’s Affairs also published a study in May on the relationship between extreme weather and climate change in Pakistan. Then the focus was on the long heat waves that plagued Pakistan before the monsoon season (and thus heavy rains) began in June. Such heat waves are becoming 30 times more likely due to global warming than they were 120 years ago, when the Earth had not yet warmed past 1.2 degrees. pointed researchers at the time.

This new research focuses on precipitation and contributes to scientists’ search for the causes of extreme weather events. “The more of these studies we do, the clearer that picture becomes,” says Sjoukje Philip, who is involved in WWA as a KNMI researcher.

Since 2014, the Academy has been studying the relationship between extreme weather events and global warming caused by greenhouse gas emissions. KNMI participates in the network, among others, as well as meteorological and climate institutes in India, Pakistan, the United States and the United Kingdom, among others.

The researchers also looked at models that predict what would happen if warming rose to 2 degrees. The research report says rainfall in Pakistan is likely to become more severe. “A logical conclusion,” says Philip. “As the atmosphere warms, it traps more moisture, which causes more torrential rain.”

Therefore, according to Philip, it is imperative that Pakistan adapts to new extreme rainfall events. “The research is not just about climate and weather, but also about how that affects people.” Philip points out, among other things, crops that failed due to the prolonged heat and the millions of people affected by the storm in other ways.

Pakistan is still working hard to get water out of the flooded areas. Pakistan’s Climate Minister Sherry Rehman said the government was using “all possible technical means” for this.

More than a million homes in Pakistan have been damaged or completely destroyed, as in Ratodero: