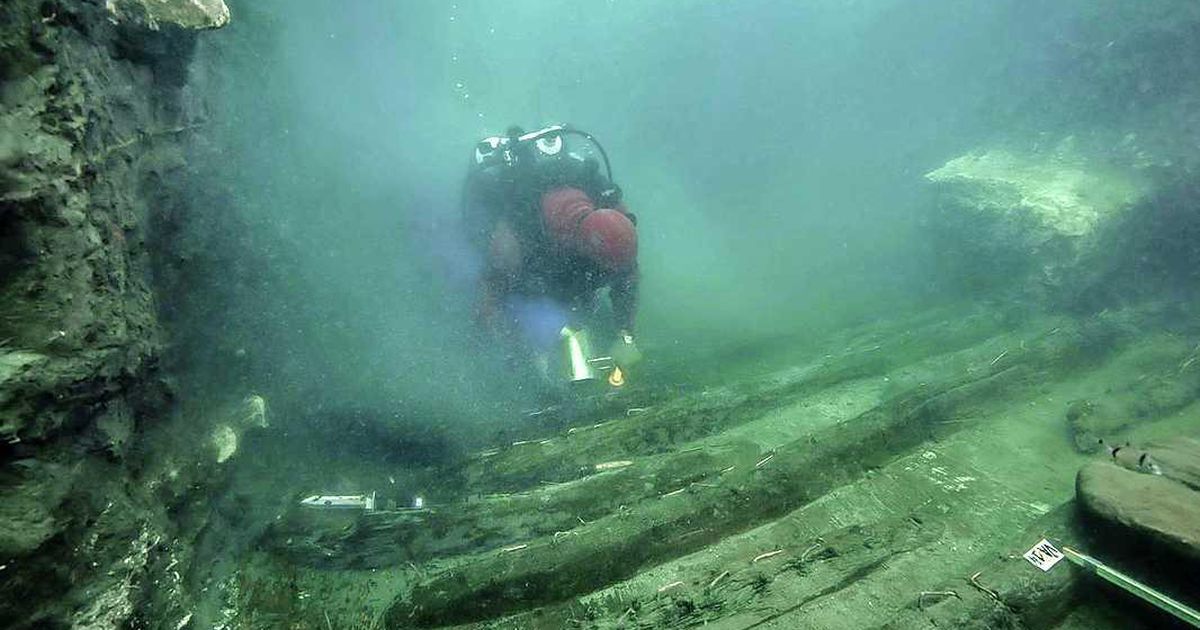 The ship sank in the second century BC after a temple to the god Amun that was located next to him in the Nile collapsed, most likely from an earthquake. According to the Egyptian Ministry of Antiquities and Tourism, the ship is a classic Egyptian warship of 25 meters in width with oars and a sail.

Part of the old ship.

The ministry said the ship was buried under a layer of mud five meters deep. A researcher told local media that a very old fast ship had been found.

Thônis-Heracleion was for centuries the leading city in the region and the main port of Egypt’s entry into the Mediterranean. Many Greek merchants lived in the city, hence the Greek cemetery dating back to the beginning of the fourth century BC. The tomb was next to the Temple of Amun. The temple and tombs of the Nile ended at the same time and the human remains of the Greeks and Egyptians are now mixed. Perhaps this was due to the earthquake.

Amon was the supreme deity or creator deity in Egyptian mythology and was worshiped in many places.

The city lost its power after Alexander the Great founded Alexandria in 331 BC. Thônis-Heracleion completely disappeared into the Nile in the following years due to earthquakes and high waves, with a large part of the Nile delta. In 2001, the city was discovered in a bay near Alexandria.

READ  British minister apologizes after revealing his relationship with his assistant