DNA expert Kokshoorn: ‘How and when DNA traces arise is becoming increasingly important’ 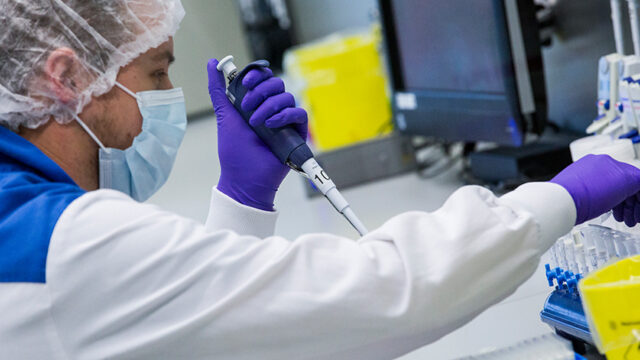 Suspects whose DNA is found during a crime increasingly draw an alternative scenario that could explain the presence of their DNA, which they see in the NFI. They claim innocence. A DNA expert at the operational level can be asked to interpret the trace evidence already made in the light of conflicting scenarios.

Kokshoorn sees a need for DNA testing not only in the Netherlands, but also on an operational level. This growth continues, particularly in laboratories in Australia and New Zealand, requiring at least two specialists to be employed in the operations department. “There’s a lot of investment in training, which is now routinely announced,” says Kokshoorn.

The growing interest in this expertise is useful for both new and old cases, the expert says. In 2012, he worked as a researcher for NFI on the Australian disappearance of 10-year-old Louise Bell: a girl who disappeared from her home at night, only to be found in her pyjamas. “At that time, we were already using a very sensitive DNA technique in the Netherlands, which very few laboratories in the world use, and we were able to create a DNA profile of the suspect,” Kokshoorn explains. The DNA profile was fed back to Australian authorities, who later identified a suspect.

Despite the sometimes important function of DNA, DNA traces cannot be used unequivocally for forensic investigations in all cold cases. Kokshoorn: “When we conduct more research, it runs out. We criticize it. Sometimes we can do more analysis, but sometimes we say to the authorities: maybe we should slow down.” He explains that waiting five years would be a solution because the techniques are more sensitive and better.

Research Bureau is Omrop WNL’s podcast in which journalists Sandra van den Heuvel, Noah van Ostrom, Onno den Hollander and Kim Bergsma explore the world of crime or abuse every two weeks. You can listen to Het Onderzoeksbureau’s forty-third episode on DNA research at the ‘functional level’ via your favorite podcast app.