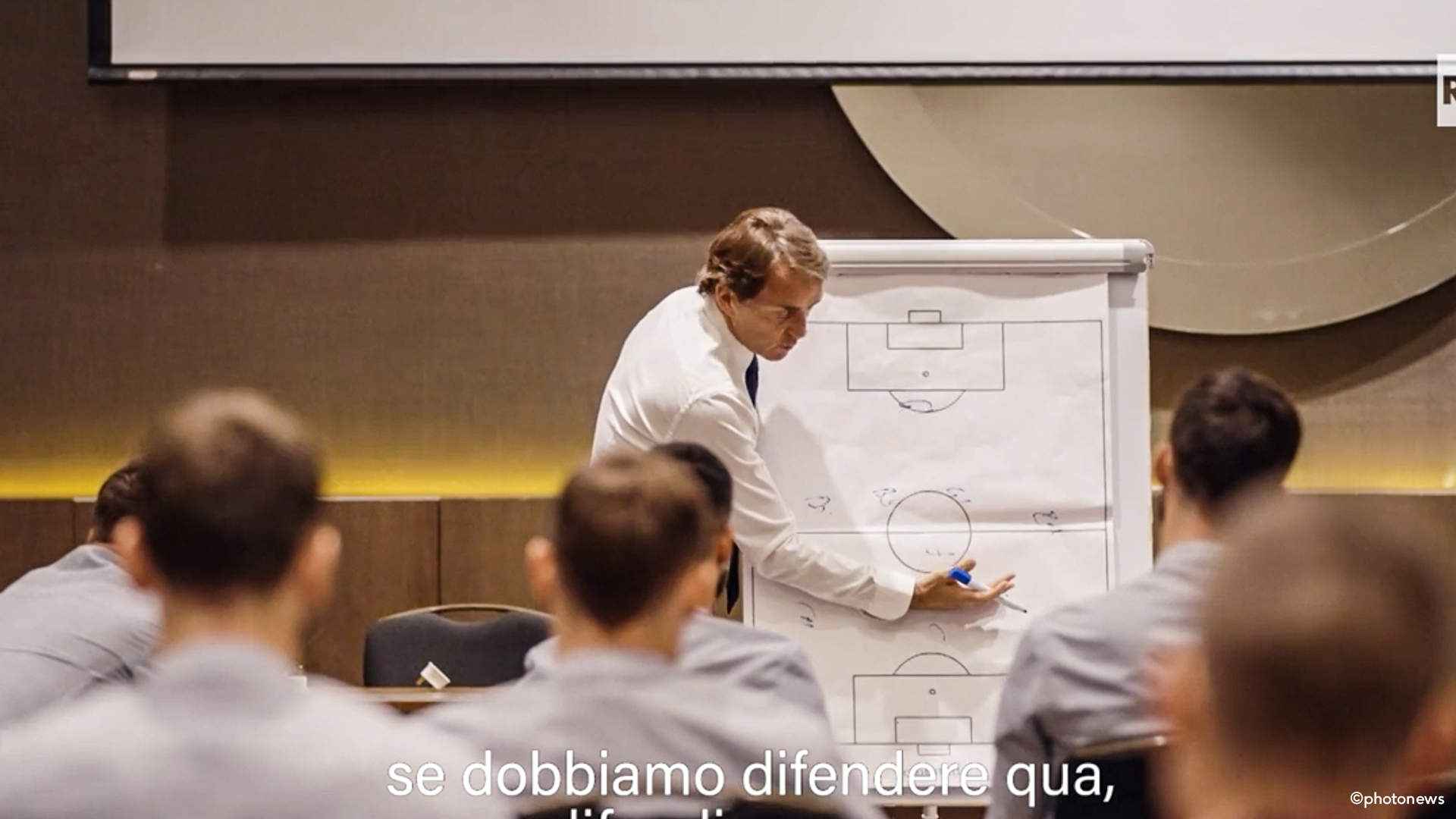 Italy enjoys winning the European Championship. Yesterday, RAI TV channel aired a documentary on the success of the Squadra Azzurra starring. The Belgium match in the quarter-finals was also discussed at length. Coach Roberto Mancini appears to have spoken prophetic words during his tactical briefing.

Crazy scenes from the plane, photos from the locker room and a look at coach Roberto Mancini’s intense tactical discussions. The documentary “Sogno Azzurro” offers Rai a unique glimpse into the European Championships in Italy.

In the fitness room, you can see the players discussing which opponent they would prefer to meet in the quarter-finals: Belgium or Portugal. Donnarumma shrugged, “For me that’s true.” “They are all ten behind the ball,” Insigne adds.

Belgians may not like to see pictures. The quarter-final against the Red Devils is also an important chapter in the documentary. Tactical briefing has previously been discussed in detail. “We have to be completely comfortable,” the coach said. “It’s only the quarter-finals, okay? We’re playing against a strong team. I always shoot at full-back.”

Watch out for Kevin De Bruyne. He can do everything.

Mancini then focuses on Kevin De Bruyne. “Watch out for De Bruyne. Be careful when he’s on the ball and tap on him. He can do everything: kick passes from 60 metres, leave the ball in the foot, … defend like a team. Always.”

Finally, a successful coach has some prophetic advice for his team. “The defenders will leave space on the edge of the penalty area. (He points to the tactical board) They will give us chances to shoot from here. So get ready and kick!”

At the 44th minute, this advice becomes a sad reality. Insigne was given plenty of room to build and curl the 2-0 ball nicely past Courtois.

Another great picture from the documentary: Viali during the penalty series