Domenicali surprised that not Hamilton, but Verstappen is the most popular driver 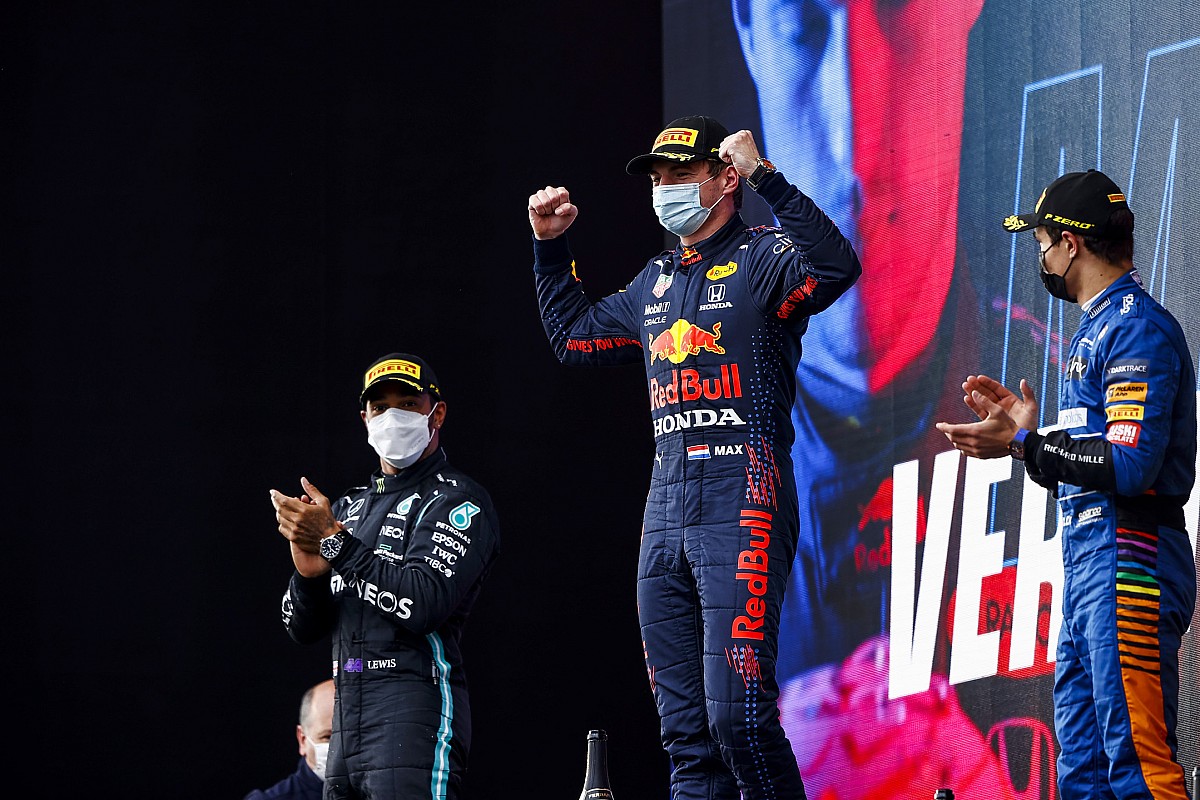 Formula 1 recently, in collaboration with Motorsport Network An extensive survey of Formula 1 fans from all over the world. More than 167,000 fans from 187 different countries took part in the poll, and its results were revealed last week ahead of the US Grand Prix.

When asked which driver was the most preferred on the starting grid, 14.4% of those surveyed named Max Verstappen. The Dutchman turned out to be the most popular driver at the moment. McLaren driver Lando Norris followed him in second. Seven-time world champion Lewis Hamilton – who remains the most popular driver in Formula One in a previous fan poll in 2017 – has slipped to third place.

Norris is especially popular with his younger target group

In the global vote, Hamilton received 1.9% fewer votes than Verstappen, although he still appears to be the most popular driver in Great Britain. But in his country, the Briton managed to stay ahead of fellow countryman Norris. The 21-year-old McLaren driver appears to be particularly popular with younger and female fans, as he finished second overall among title candidates Verstappen and Hamilton.

The results of the survey were also studied by Formula 1 CEO Stefano Domenicali. When asked if he was surprised by the fact that Hamilton is no longer the most popular driver among fans, the Italian replied: “I have to say yes. In a way I am surprised. But again, if you think about the age of the people most involved in this type of survey, I think That you can understand why Lando gets more votes. It’s more about the fact that he has a new approach that is closer to people. That’s how I feel about it.”

Thanks in part to Norris, McLaren has been voted the most favorite team in the Formula 1 network. Domenicali is delighted with the popularity of the young Briton, who made himself hugely popular with fans especially with his Twitch streams during the shutdown last year.

“I don’t want to make it bigger than it is, but it confirms what I’ve always said, I look to the future, and I don’t have to worry about the drivers,” Domenicali continued. “We have an impressive group of young, talented and established drivers who are extremely valuable to Formula 1.”

What is striking about the largest ever Formula 1 fan survey is the fact that the average age of respondents has been reduced by four years. While the average age of all respondents in 2017 was still 36, that age dropped to 32 in 2021. Domenicali believes Netflix’s “Drive to Survive” campaign partly contributed to this: “Drive was to Survive certainly had a huge impact, especially on the group that wasn’t closely involved in Formula 1. They saw different aspects of the sport, so it definitely had a huge impact. A positive impact.”