Dozens killed in floods in Turkey after torrential rains 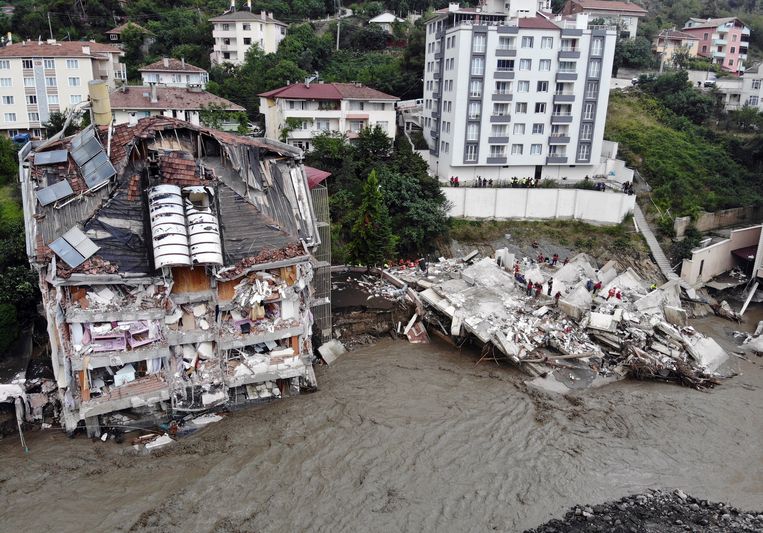 Heavy rains in the region since last Tuesday have caused floods in the Black Sea provinces of Bartin, Kastamonu and Sinop. According to the authorities, it is the worst natural disaster in 50 years or even a century. Minister Süleyman Soylu described the flooding in the disaster area on Thursday night as “the worst he has ever seen.” Turkish President Erdogan declared a state of emergency in the three provinces.

Rescuers have evacuated thousands of residents and taken them to safety, and the missing people are still searching Saturday morning. The images show how large amounts of water circulate in the streets, destroying bridges, homes and roads, sweeping away everything from cars to trees, animals and household goods. At least 180 villages remain without electricity, and so much infrastructure has been destroyed that it can no longer be used.

Earlier this month, Turkey also suffered its worst drought in the south of the country in years. Thousands of hectares of forest were set ablaze as a result of intense wildfires, which led to the evacuation of residents and tourists. This disaster also refers to climate change, but critics say the disaster was caused in part by “human actions”.

According to geologists, especially in Kastamonu province, where most of the deaths occurred, a place was built very close to the riverbed. In the municipality of Bozkurt in the valley of the river Ezine, the houses were simply too close to the river, preventing excess water from finding its way. The Turkish Meteorological Institute, reported that within three days, 45 centimeters of rain fell there.