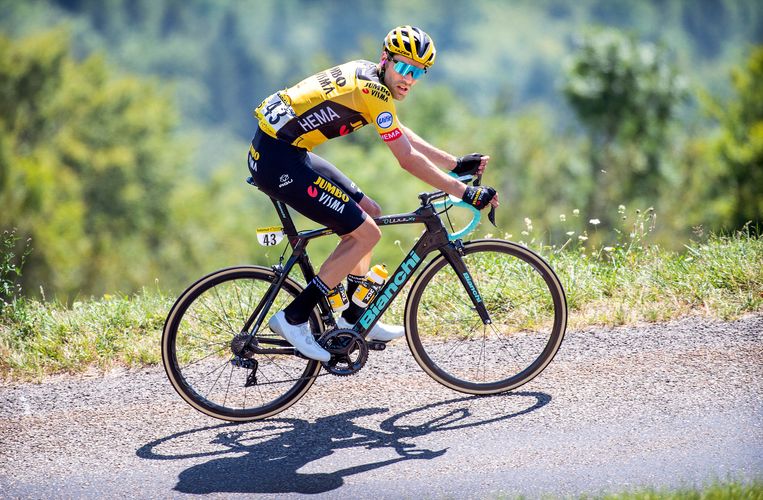 After much speculation about continuing his career as a foreman rather than captain or who knows, a contract with a team other than Jumbo-Visma, Tom Dumoulin (31) put an end to all uncertainty on Friday afternoon: After this season, the winner of the Giro d’Italia In 2017, he retired from cycling.

In his words, physical discomfort compels him to do so. He could no longer improve. Once the load increased in training and competitions, I began to suffer from fatigue, aches and injuries. The efficiency of the training sessions often did not lead to the required performance in the past period. Dumoulin talks on Instagram about a “frustrating trajectory”. “100 percent dedication, everything I do and don’t do to my sport, and what I get in return, has been out of balance for a while, I feel.”

His early retirement at the Giro last month sparked speculation about his future. It has already been proven that he will not ride both the Tour de France and the Spanish Vuelta. After a decent time experience in Budapest, he had to quickly drop out of school in Sicily on the Etna climb. He helped teammate Quinn Bowman win a stage at Potenza, but he was already out on the first stage on the 14th stage to Turin. He made an amazing impression. It’s gone, it’s empty. I just can’t move on. It hurts all over. My body is finished. Announced “treatment” at that time. Two weeks later, the decision to stop. He still has his sights set on the World Time Championships in Australia, in September. “I hope I can pull out one last one.”

This post should mark the conclusion of a career spanning eleven years. He excelled as a cyclist for over two years. In 2015 he only lost the leader’s red shirt at the Vuelta a long time ago. After winning in Italy, he finished second in the Giro and the Tour in 2018. As an excellent time trial he held out for longer. He was the fastest at the World Cup in 2017 and climbed to the Olympic silver medal twice (2016, Rio de Janeiro and 2021, Tokyo).

But in addition to the successes, that period was also marked by turbulent feelings about the fame that fell on him, the pressure of driving and the struggle with the frequent question of whether he still liked cycling very much. A lingering knee injury after a fall in the 2019 Giro didn’t make it easy to get back on track.

Twice made an important decision hoping for new impulses. He left Sunweb, the team where he celebrated his biggest success but where also upset with strict protocols, and moved to Jumbo-Visma in 2020, a move with high expectations from both parties. The desired result was not achieved. On that year’s tour, he suffered from sore buttocks, and, to the astonishment of his supervisors, suddenly set himself aside as the leader of the road, and then, to his chagrin, his mental toughness was again questioned. At Volta that year he quickly gave up. Then the team gave him plenty of time at the start of 2021 at his request to think about his future. She culminated in a comeback, Dutch time trial championship and silver medal in Tokyo. Since then, no impressive results have been forthcoming.

At the end of July 2018, after winning his last tour and taking second place in the general classification, he was asked in a hall at a sports hall in France’s Basque Country if he would be satisfied with such a performance as 1st and 2nd in the Giro. He replied: ‘I am aware that this was probably one of my highlights. At the moment I am very happy with that. In the past, both the question and the answer had significant predictive value. It really can’t get any better.