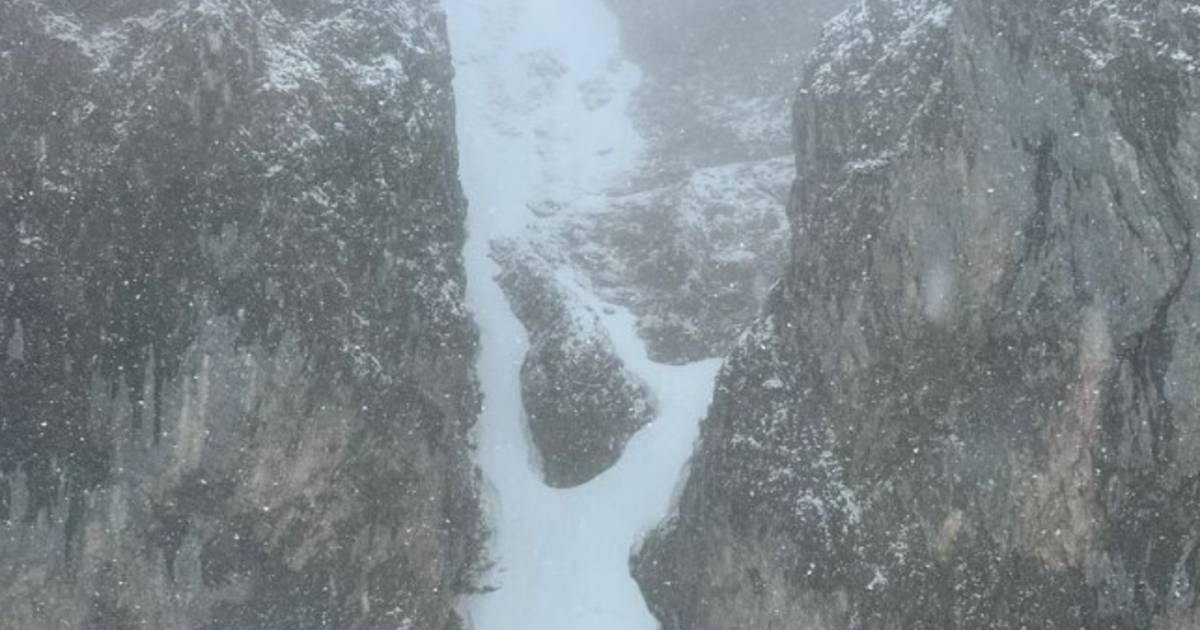 A 33-year-old Dutchman was seriously injured Sunday during a mountain climbing trip near Austria’s Filzmoos. He descended into an icy snowy field and slid about 40 meters.

Despite the bad weather, the man had left with another Dutchman (42 years old) on a mountain climbing trip in the Dachstein mountain range in the Salzburg Alps. Things went wrong in the high alpine region of Reißgangscharte when the two wanted to cross an ancient snowfield at an altitude of about 1,900 metres, the newspaper reported. Salzburg Nightingale. The thirty material fell and slid on the icy snow. It was stuck at the bottom of the valley. His companion wanted to come to his rescue, but he could not get past the snow field and alerted the mountain rescue service in Filzmoos, about 70 kilometers southeast of Salzburg, about 1.40 pm.

A police helicopter has flown the mountain rescuers to the designated location. To get to the man safely, the rescue team had to use axes to carve steps into the ice. The Dutchman appeared to be seriously injured. He was taken by helicopter to the valley and handed over to a rescue helicopter team.

Because his shocked comrade was also unable to continue, the helicopter again flew to the respective location. However, the thick fog made a helicopter trip or rope rescue impossible. Then the rescuers descended into the mountains on foot with their forties into the valley, and the police helicopter team was able to take off again about an hour later and head to Pinzgau for another rescue.

“Since one of the men’s backpacks at the top was forgotten, two mountain rescuers went up again and then moved the luggage into the valley,” Operations Director Quinn Wesges said in a message on the Mountain Rescue Service’s website. Mountain hikers warn. “Conditions at this altitude are not at all suitable for such altitudes. From 1700 meters there is still snow that is sometimes rocky and hard in the northern part. In any case, tapes and snapshots are needed.