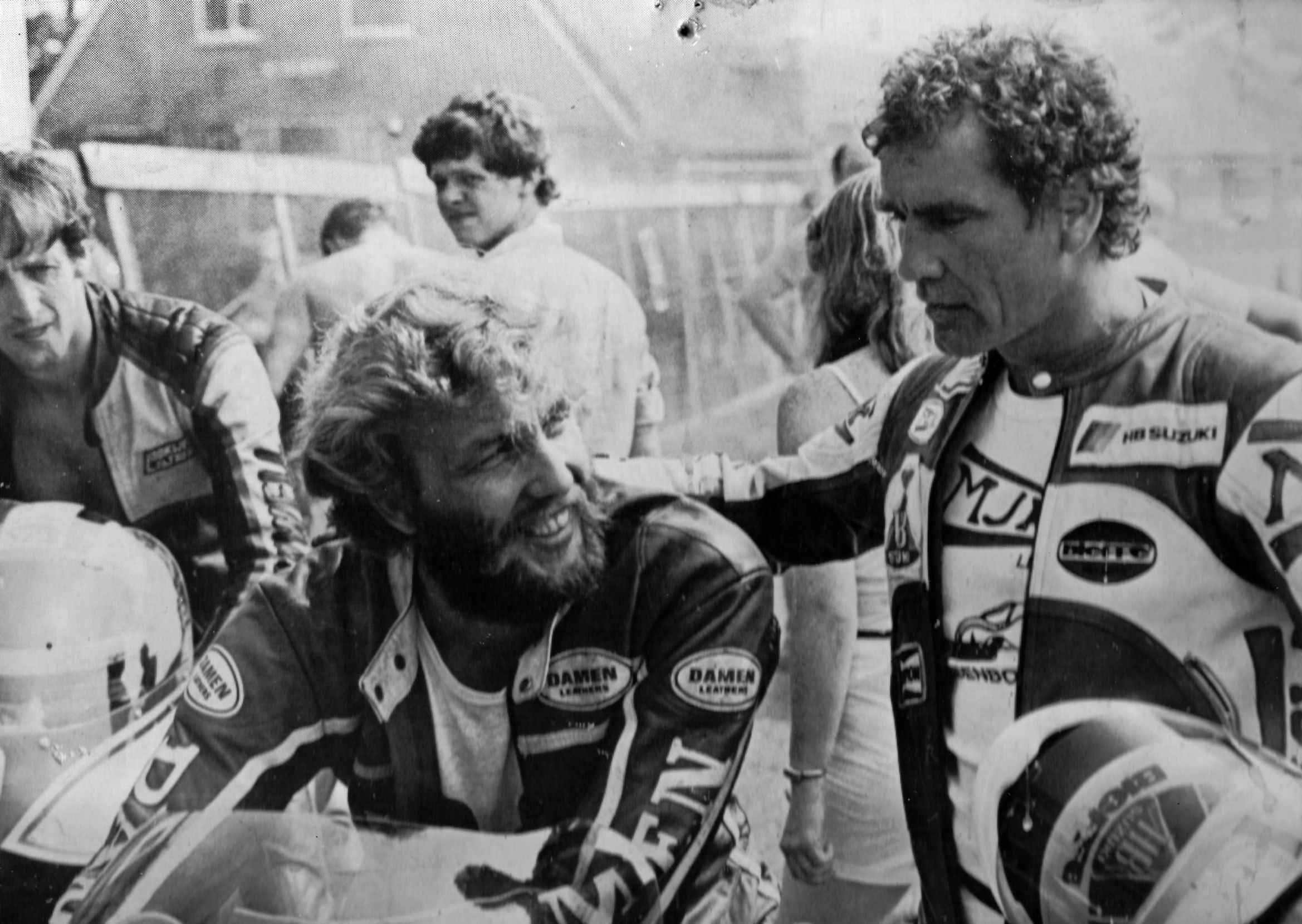 Who is Henny Lentink?

My father rode a motorbike and started cross racing from the age of 12 on self-converting street bikes such as the BSA A 65, Sparta Villiers, and Adler MB 250 Sport.

At the time, Marco Punk and Roelof Sheltmans, among others, drove the 750 cc on the Honda 750 four-cylinder in the front, and drove a Norton Commando, at an age I could keep pace.
They ran 350 cc races with Jan Mulder, Jos Ten Tej, Dick Van Logem, Henny Bormann and Shugg Klumpenauer.
I’ve also met Henny Boerman, Ad Slot, and Maarten Duyzers at 500cc.

Yamaha 350 cc which became its national champion in the 350 cc in 1982 and bought from Jan de Boer who still rivals today. The frame was custom made by Niko Packer, the tank was flexed more so I could lose my knee, and the extended clamps were facing slightly forward, and I was way too tall for the standard tire at the time.
After years of not driving on the street, Heidi, Tristen, and Thorsten have gone to Cartagena. There I rode the BMW S1000RR from Tristan, unimaginable power and electronics, unmatched to the Suzuki MK4 I drove the 500cc in 1983 and 1984. I admire the power, the grip and all the colorful buttons on the steering wheel.

I knew the Nivelles way well, twisting and turning depending on whether you were driving left or right, otherwise I wouldn’t hate street paths in the Netherlands.

Standing on the first row of the grid in Zolder, with the push start almost the last way, for the tournament that I had to finish before Jan Mulder, Jan was wearing an overalls with a long blue dot in the back, and he only had one thing on my mind, I had to go Everywhere for me, 2 laps before the end, everywhere for me switching start / ending chicane to straight, on first left after start / end, I had it outside, after marking I got in and Heidi and my mechanic were very enthusiastic, I was too But not like that, I thought a good race and I finished in January, it turned out that I won the race, in all those laps I didn’t see a hole on the plane, I just drive and drive for my makeup on a bad start, overtaking the rider with the rider until I got to that blue point

The many relationships, acquaintances and memories you have gained in the racing years.
The connections and knowledge you still have today, whether you meet Hennie Kroeze at the show in Utrecht, whether you meet Co Looyesteijn or Theo Bult at the sweet event on Luttenbergring, Nico Bakker at Gramsbergen or call back 30 years later with Erwin van Hove from Duell. All of these are still on the same wavelength and still talk passionately about motorsport.

Heidi married, had one daughter Tessa, two sons Tristan and Thorsten, and developed both the CRT, the OW Cup and now the Dutch International Championship.

He is still involved in motorsport. Since the start of organizing CRT track days in 1992 at TT Circuit Assen, organizing CRExperience boat training, KNMV Cupraces, OW Cupraces, and starting in 2021, IDC races at home and abroad. Additionally, several years of driving, physical training and schedules have been provided to 6-day bikers, racers, drivers and rally drivers, including Mirjam Pol. Thorsten still rides regularly with Mirjam via Veluwe with MTB.

I don’t actually have an outstanding specific contestant. When I started trying for speed, I had an overalls similar to Phil Reed. Now that you are not only more active as a rider but also as an organizer and have more and more ideas on what to arrange so that you can get started, or as a team to bring a contestant to the start, I respect the whole field. If you look at the field from the first floor in Asn you will see trailers, caravans and tents 3 by 3 meters.
As an outsider, you look at him but not at him. You’ll think well soon, these people are very well organized, however, if you have a little more background, you know it’s hard to be able to get started. You have to do a lot to get started, but you have to leave a lot for it.

Stars shine everywhere. In every motorbike discipline there are riders who are talented and have potential to ride up front.
However, to be able to lead in the front, there must also be knights who have less talent or no ability and therefore cannot lead in front, but are full of enthusiasm. If those riders aren’t there, you can’t drive from the front and stand out.

I will keep it “short” and focus my response on national sport more than international sport. Current international motorsport, with reference to the European and World Championships, is only available for a small group. Aspects like time, relationships and finances play a role in addition to having talent.
As an organization, we have been trying to promote the national motorsport for many years. To provide motorsport enthusiasts with the opportunity to enjoy fun and affordable motorcycle racing where we know that “affordable” is expensive.
In the 1970s and 1980s, we drove a Hanomag with a caravan across the Netherlands and Belgium for the national motorcycle races. You had everything you needed to be able to race, you put every cent into it, and groomed yourself day and night to be able to take part in a national competition.
This passion is no longer self-evident as it was in the 1970s and 1980s; riders who still do this today can be counted in one respect.
To be able to participate in IDM, BSB or Endurance on your own now, you have to make big financial sacrifices, have plenty of time to travel and have transportation that you can also stay in.
The flow from the scooter and pocket bike to heavier classes like NEC, CEV and 300cc now happens almost on an individual basis and often only because the riders’ environment knows the way and has the time and relationships.
What do you do with drivers who cannot advance, and where can they go in the Netherlands?
There are two national competitions in the Netherlands that offer motorsport fans the opportunity to race competitively at their level in permanent circuits.
We included a 300cc class in the OW Cup for two years, the maximum number of participants was 4. For these numbers, you cannot set a separate track time, this is very expensive, so this class no longer starts in the IDC competition.
Contestants in the Dutch ProClass 600 are now entering the IDC competition and we are very happy that more and more young riders are finding their way into this category. They are good teams with good equipment and know-how that receive and guide these riders. If there are riders who are unable or unwilling to join a team, you can always contact them for advice.

Due to the enormous success of this column, we, as the editor of Racesport.nl, decided to continue the “best Dutch road races at the time” after March 1. However, from March onwards, we’ll limit the section to once a week and only publish it on Wednesdays so it doesn’t snow during busy weekends.