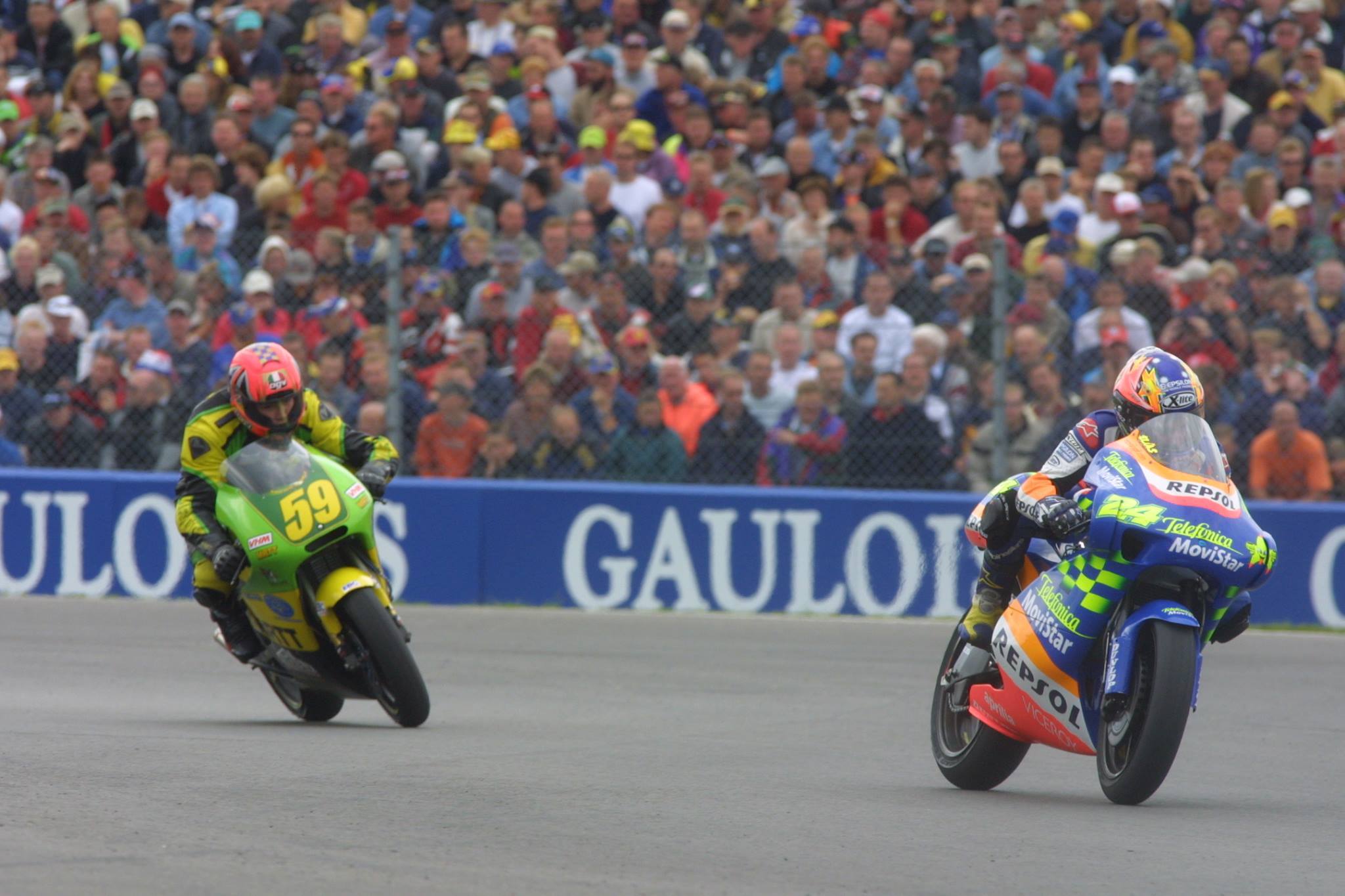 We used to live on an old farmhouse in Twente and my sister and I were involved in equestrian sports from an early age. My father (Peter Senior) was already involved in motorsports at the time, and he set up motorcycles and blocks, among other things, for Supermono driver Stefan Slootjes. He was still leading the rallies and off the road at the time.
In such an environment, it’s normal to quickly get a little bike under your ass and start a motocross at around the age of ten. The Yamaha TZR Junior Cup started in 1998, and it was a very logical move for us. For a few more years I tried to combine equestrian sport with motorcycle racing and road racing, but of course it didn’t work out optimally. When I was 16 years old, we left equestrian and motocross to focus entirely on road racing.

READ  I am proud of you, brother

They aren’t necessarily drivers but specific races / fights that stay with you. There are quite a few.

Old TT circuit Assen with Noordlus. A long path that flows beautifully. Riding on the 250cc Grand Prix as a replacement in 2002.

In 1999 I participated in the Yamaha TZR Junior Cup and through the media I was allowed to participate with TZR for a few sessions in a special test on the (old) TT Circuit TT of the MuZ 500cc Grand Prix where he drove Jurgen van den Goorbergh that year.
During one of the full sessions on Veenslang at a speed of 160 km / h and driven by Jurgen on MuZ which went about 300 km / h. One of the few times I ever felt really scared on a bike.

Fond memories of the races / circuits and connections with people from Australia to the United States. One way or another, motorsport has also opened many doors for completely different things. A wonderful relationship with my dad with whom I had this whole adventure.

She started out with a family business at Zoetermeer, Vandervelde Protection. An engineering company focused on protecting steel from corrosion in soil, water and concrete (cathodic protection). A few years ago I became a manager and owner of this.

I occasionally do (circuit) tests and introductions to the Moto73 and Motor.nl. I also drive Trackdays and drop-offs with the Ducati 1098. I hope this year with this 12-year-old engine it clinches a point in IDC Superbikes.

Danilo Petrucci. He doesn’t have the most talent, and he hasn’t followed the right path, but he has come this far completely by pushing. Commitment and pure passion without exaggerating words.

Zunta van den Gorberg and Colin Figier. I believe those two are the only ones with the right talent and mentorship to grow (internationally). This is the only way to make progress at the moment. At the NK / IDM level, Ricardo Brink is of course the chief at the moment.

At the national level, the level is very disappointing. There are a few (very) fast players, but the top is pretty narrow. Also, you should definitely invest a lot in equipment for less driving and exposure time. If I can ride a 10-year-old Ducati without electronics at points, that is actually enough. So if people really want to take international steps, you just have to be a dedicated overseas with the right guidance and finances, just like Zonta and Collin. And then you also have to be lucky that you are not really two-headed taller than the Spaniards and Italians in adulthood.
However, if you have already turned the button and it is just for a hobby, then you can enjoy your time in various tournaments in the Netherlands and surrounding countries. This wide range of amateur leagues is, of course, great.
I think enough has already been written about the international dictatorship of our role. Personally, I think it’s a shame that with Dorna acquiring WSBK, they haven’t made Superbikes just a stock class. And this resulted in beautiful whole fields and crazy promotions.

Wed 19-05-2021: The Dutch road racer at the time: …
Due to the immense success of this column, we decided as the Racesport.nl editorial team to continue the “Dutch Road Race at the time” after March 1. However, from March onwards, we’ll limit the clip to once a week and only publish it on Wednesdays so it doesn’t get inundated on race-packed weekends.