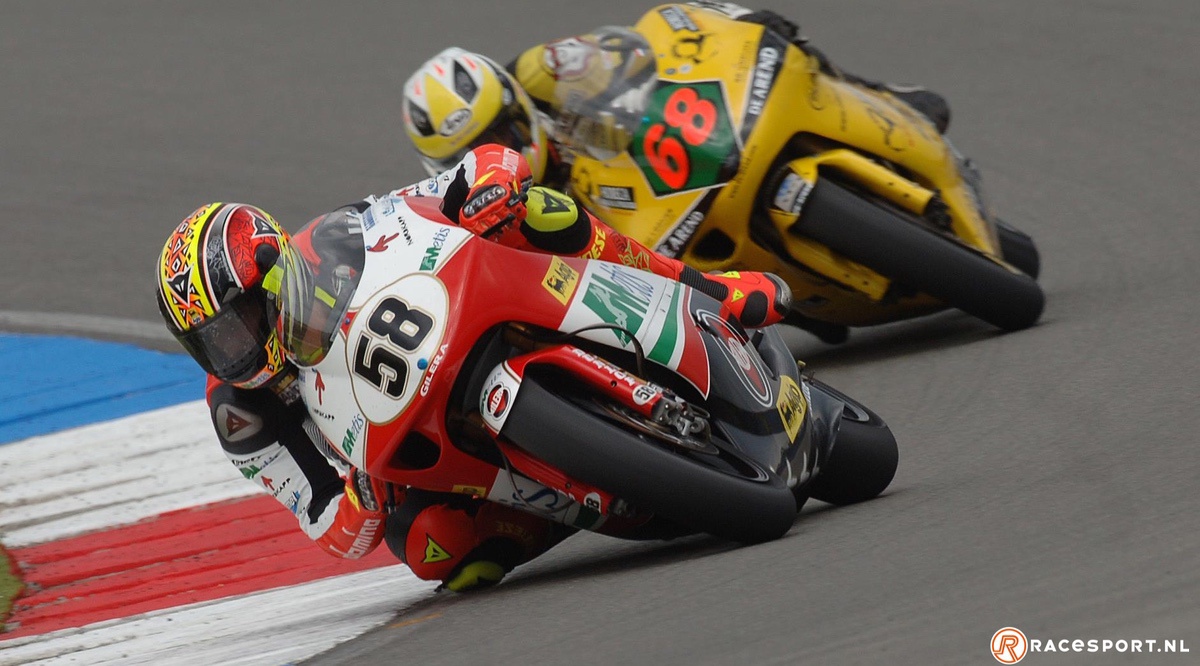 Dutch road racing star last year, where he went, what he is doing nowadays and how he views the current sport of road racing. In the quiet, race-free winter months, we bring you the best Dutch road races of the past year twice a week in the section “Dutch road races at the time” and ask them all a series of questions (same). this week: Randy Jeffers.

Who is Randy Jeffers?

By growing up on the race track at a young age as my dad was active as a driver.

Those were certainly many riders in different classes, but they were undoubtedly Kevin Boss and Raymond Schotten in the 2010 season in the Dutch SuperSport category.

That was the Aprilia RSW 250, partly due to the great technology hidden in this engine.

The old TT Circuit Assen at the famous Strubben corner. Luckily, I was able to try this for a few more years during the 250cc wildcard shows over the Dutch TT.

What was your most special moment in racing?

My most special moment was in 2002. As a driver in my second year of 125 cc I won the race in the US (old site). At the time, SBS6 was still registering for the ‘Sports on the Horizon’ program. When I was on the podium after the race, a spokesperson informed me that I had received a allowance card for Dutch TT Assen from Dorna later that season. Also, because I won that race, I was top of the championship standings. Well, I can tell you that it took a few weeks before I realized everything.

The strangest thing was that we woke up in Asen in the morning and there was snow. The hilarious one is undoubtedly in 2006 during the qualification of 250 cc Dutch TT. Boet van Dulmen, who provided the commentary from the tower with Jan de Rooy that season, noticed that I was standing tall with gears. Boet didn’t hesitate for a moment, leaving comments while qualifying for Jan de Rooy to pick up the phone and call sponsor “De Arend” at the pit lane to report this so we can still do so during the qualifiers. Can adapt. Of course, you don’t experience such an accident every day.

A special experience we had all these years with the team.

I started my own company called GRT-Tech. At GRT-Tech we supply companies with precision parts by means of roller milling and surface grinding. I run this company with my father, actually just as we shared our passion for sport at the time.

A few years ago we made some parts for some active Moto3 teams at the MotoGP World Series. In recent years we have been visiting various MotoGP rinks with friends once a year and this was a weekend for guys and I must say this is often very fun and we still love it very much. Just this year unfortunately had a different story!

Bo Bendsneyder is one of the drivers I’ve followed in recent years. It was great to see how he managed to remain alone in the current Moto2 realm, and it also turned out that he was able to handle all the reactions people posted about him on social media in particular. There were several drivers affected by this, which didn’t help the performance in the end.

I’m not familiar with the current emerging generation of young drivers, but what I see of course is Zonta van den. Goorbergh has arranged it neatly and manages to achieve good results. I think we’ll hear from him in the future.

To be fair, it has unfortunately deteriorated a lot nationally in recent years.
In 2001 I drove my first 125cc race in Essen and then still had A and B group because 85 drivers registered. You just need this to learn and get better. This kind of participant numbers are out of the question now, but as a result the level has dropped sharply in recent years in both national and international tournaments. At Grand Prix, you also see starting areas dwindling, although many of the new talent from the Moto2 class have moved into the royal class and are doing very well there.