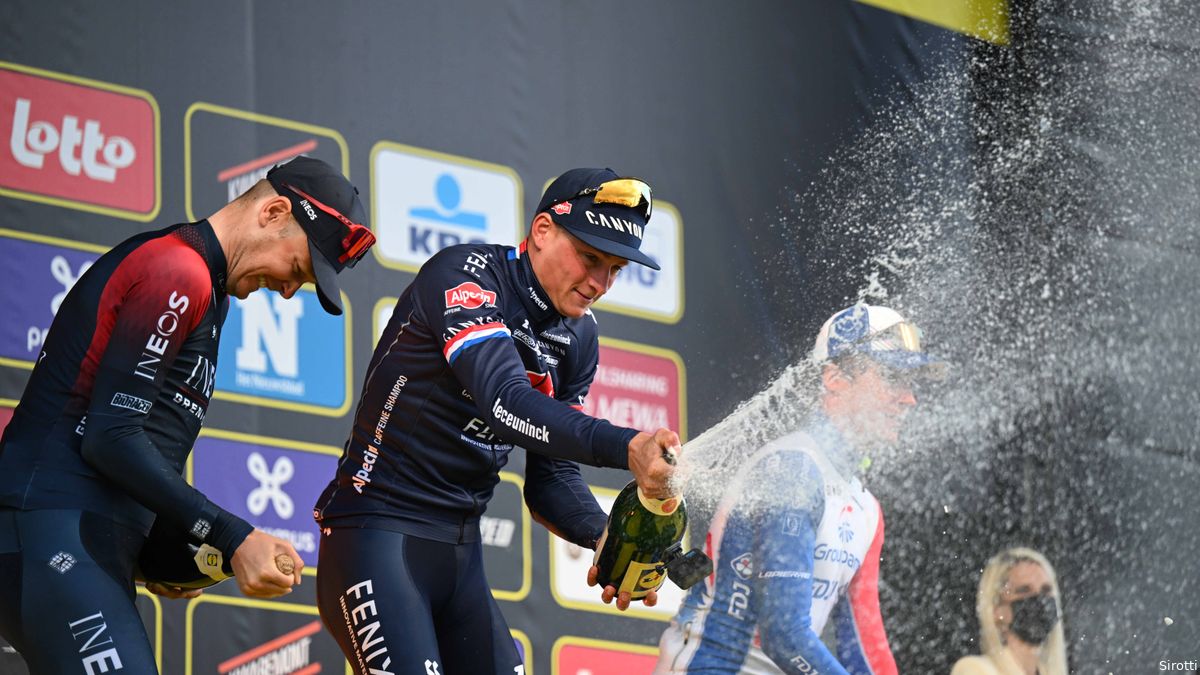 The World Road Cycling Championships will be held in Wollongong, Australia on Sunday 25 September. The Netherlands announced their eight-man squad last week, with national coach Goos Morenhout hinting that he wanted to use the ‘strengths of the squad’. In the captain’s jersey He tries to understand the division within the group with the help of participants Jan Maas and Pascal Einkorn.

As Moerenhout pointed out in his explanation of the selection, the spearhead for the outside world is undoubtedly Mathieu van der Poel. Moss said in Montreal that he trained with the Alpecin-Deceuninck driver a while ago In the captain’s jersey We don’t have to worry about van der Boel. “We trained together for six hours in Spain and I could already see that he was in good shape. At least that’s what I felt for the most part.’

After that he won two more fair races (Geraardsbergen and Izegem, ed.), which are now almost a level 1.Pro race. “It’s very difficult to win those races,” the versatile employee of Australian team BikeExchange-Jeico says of his boss in New South Wales.

Van der Boel won’t be Australia’s only front man, however, as Dylan van Baarle – who was not named in the KNWU’s press release – will also be in charge. Certainly no surprise for someone who finished second at last year’s World Championships in Leuven and rode a fantastic spring this year with wins at the Tour of Flanders (second) and Paris-Roubaix (win).

“If I hear a bit about how it went from the Vuelta and what he’s writing about it, I think he’ll be OK,” Maas said of the other leader of the Dutch selection. We can go far with those two.’

The unicorn part of the second line: ‘If they go early, come on’

Below that is the Dutch team’s strong second line, which could include Pascal Einkorn, Dako van der Hoorn and Woud Boels. Don Hull and Moss are expected to be the first match-time men.

Einkorn says he’s not yet sure what his role will be. “I haven’t really been in touch with Mathieu or Goose so far,” said the Dutch champion. “It’s difficult to put together a team this year. For example, Sebastian Langeveld couldn’t join as road captain (due to the relegation battle with EF Education-EasyPost) and Mike Deinijsen didn’t really need it from the Vuelta. .’

“Having been there the previous two times, I’m glad I was able to join. That’s a mark of appreciation,’ continues Einkorn, the only jumbo-wisma rider in the selection. “Also, I think my role will be the same as last year: if they go early, I have to be with them. Otherwise, it will be important to position Mathieu properly,” Einkoorn told the site in Quebec.

The big surprise in the World Cup squad was that Moss knew this. ‘I also read some comments that they understood my choice of eight names the least. I’ve said it before: first the leaders of your own team see what kind of work you’re doing, then the other riders, then the team management and then the general public,’ says the BikeExchange-Jaco employee.

“However, the general public can only watch ten percent of the game. So I get jokes, but I’m in good shape and can really contribute to the team. You can’t take eight freebooters, there can only be three captains at most. The other five are ready to drive full time for those guys. Should be,” said the 26-year-old from Brabant.

“I also know Mathieu and Dylan very well, and I like to drive balls out of my pants for them,” continues Moss, one of the creators of the environment. ‘I know all eight of them and they’re all good. I’m known for joking around at the table from time to time, but they love it. I like it the way I am,’ concludes Moss.