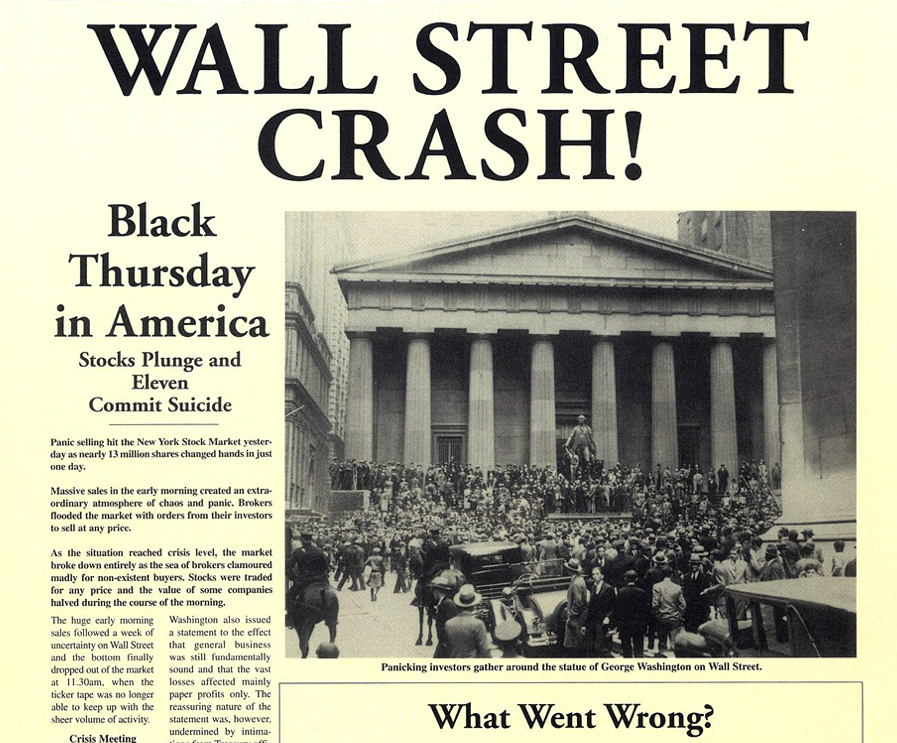 The scenario of monetary deflation and economic depression unfolded in the USA in the years from 1929 to 1939 and spread from the USA to Europe and eventually to the whole world. Since that deep crisis, we have known only monetary inflation. This has led to bubbles in the stock markets, bond markets, and housing markets in most parts of the world. Since these stocks, homes and especially bonds in our financial system are also used as collateral for new loans, this is the biggest bubble. It is the mother of all bubbles.

The same thing happened on Wall Street in the 1920s. Stock prices rose in the United States in the 1920s due to economic expansion, intense speculation, and the use of too much credit. With stock as collateral. But as it always happens, the moment everyone is buying and there are no more buyers, then the top is reached and with the complete lack of demand the prices fall sharply. Because at the same time, credit must be repaid.