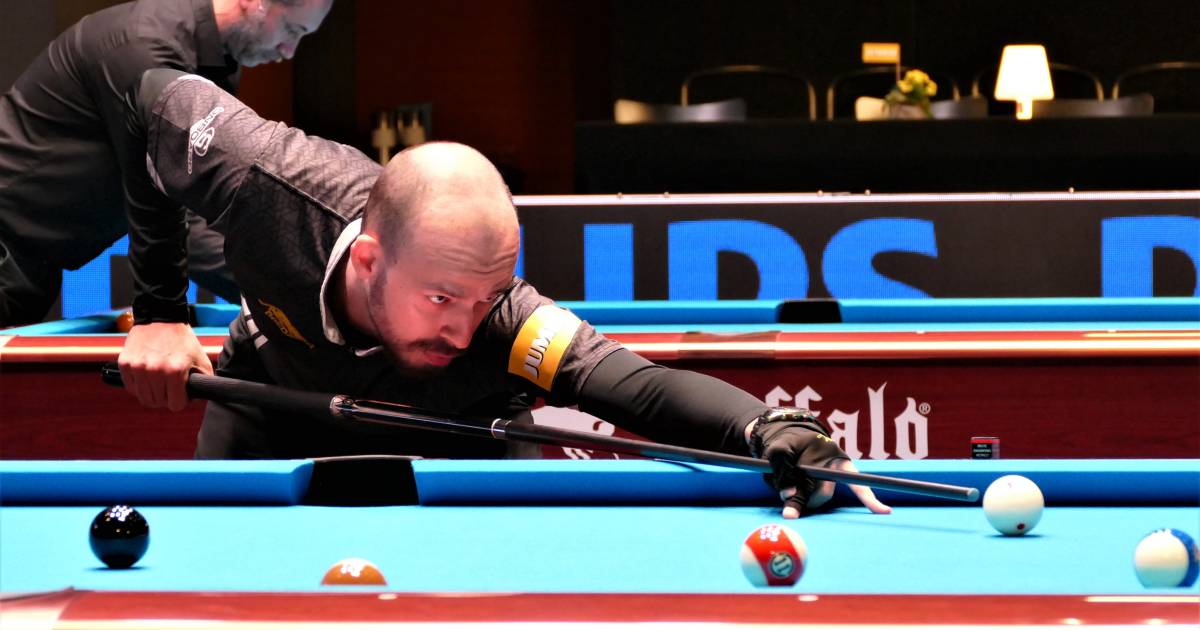 Billiards player Marc Bigsterbusch from Eindhoven became the Netherlands 9-ball champion at Berlekom. He was a pretty strong 9-3 for Nick van den Berg of Zaandam in the final on Saturday.

Bijsterbosch knocked out the basic blocks like a rocket and advanced 5-1. It should have been 6-1, but in the seventh set he made an unnecessary mistake: 5-2. In the second half the score was 6-3. After that, the Eindhoven resident remained calm and took home his second national title and the accompanying check for four thousand euros: 9-3.

Bijsterbosch was pleased with his performance thereafter. There is always room for improvement but I am satisfied with what you have to offer. I didn’t miss many balls myself and took advantage of his mistakes. But I still have a lot of respect for Nick. He’s been off for a while, but he’s always been on top.”

In the semi-finals, Bijsterbosch faced an Eindhoven resident, Marco Tuescher, who won the 8-ball title on Friday. Bigsterbosch, who was surprisingly knocked out in the quarter-finals on Thursday with eight balls at the hands of his compatriot Aziz Moussati, took the lead 1-3. Twitcher hit back hard with five racks in a row: 6-3.

With a 3-3, Bijsterbosch made a touchdown. He accidentally dropped the stick on a ball and lost the turn. But he was undefeated yet and did an amazing job of six racks in a row to finish the match: 6-9.

In the other semi-final match, PSV Eindhoven’s Ivar Sarris appeared to be on course to beat Nick van den Berg when he led 5-1. But in the end he lost 8-9.

See also  Technology sets its pace, but is there an unfair advantage?