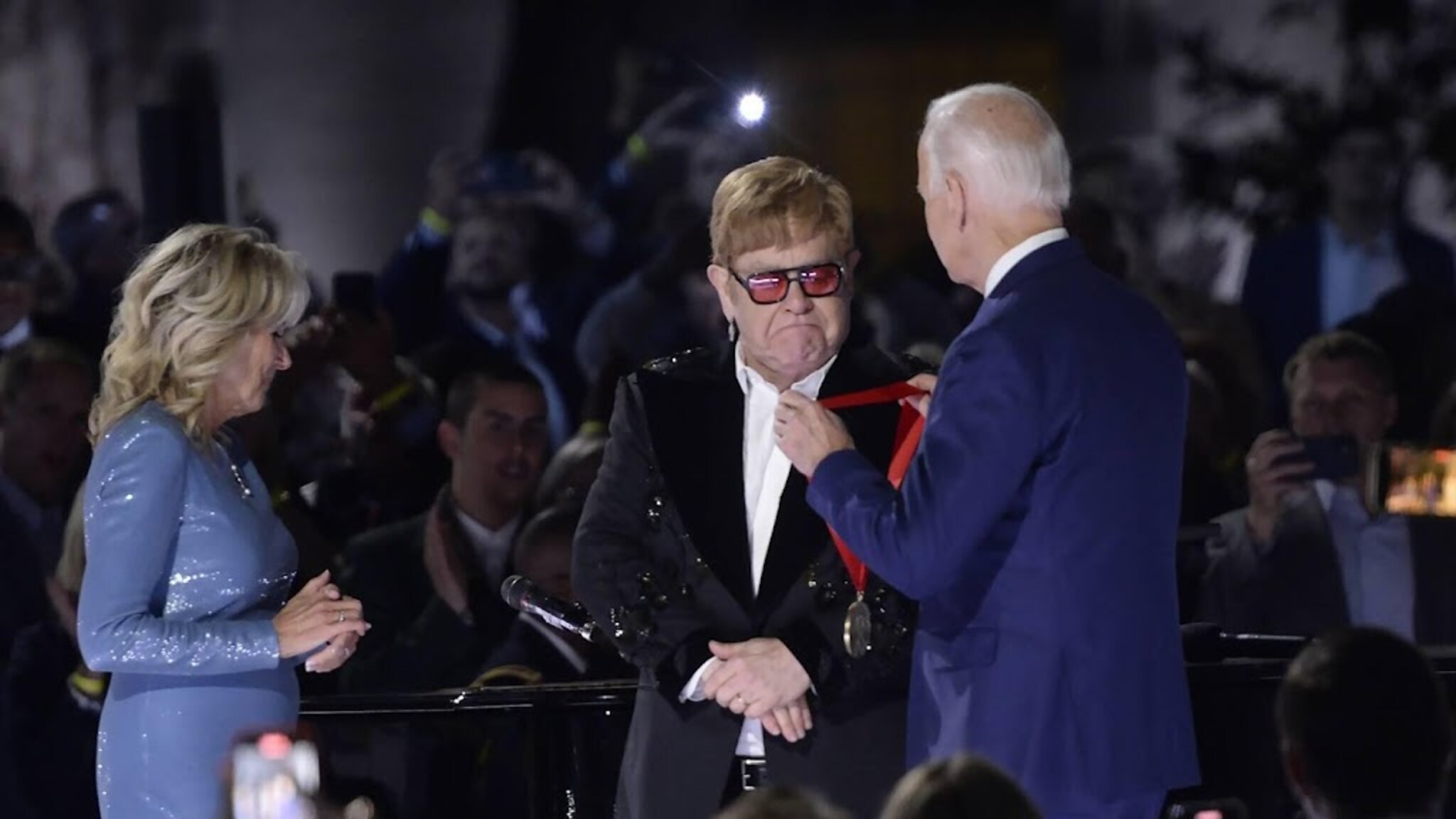 A White House spokesman said the singer received the award in recognition of his music and activism. “The President of the United States awards Mr. Elton John the National Humanities Medal because he conveyed us with his powerful voice and one of the most outspoken acts of all time. An enduring and energetic symbol of sheer courage, he challenged ideas, crushed stigmas and proclaimed a simple truth that everyone deserves to be treated with dignity and respect.”

The 75-year-old singer announced that he was “amazed” and that he would cherish the award. He was invited by President and First Lady Joe and Jill Biden to perform on the White House lawn in front of 2,000 teachers, nurses, lifeguards and LGBT activists and was not notified of the award he would receive.

John’s concert, which will air on American television later this year, has been named “A Night When Hope and History Rhyme,” after a poem by Irish writer Seamus Heaney. Seamus Heaney is one of Biden’s favorite poets, with the president regularly quoting from the Irishman. He also did so on Friday in Elton’s speech. The president praised the singer for his commitment to the LGBT community and AIDS victims. “He used his voice to give a voice to others,” Biden said, thanking Elton on behalf of the American people.