Erdogan hints at expulsion of ten Western ambassadors, including those of the Netherlands 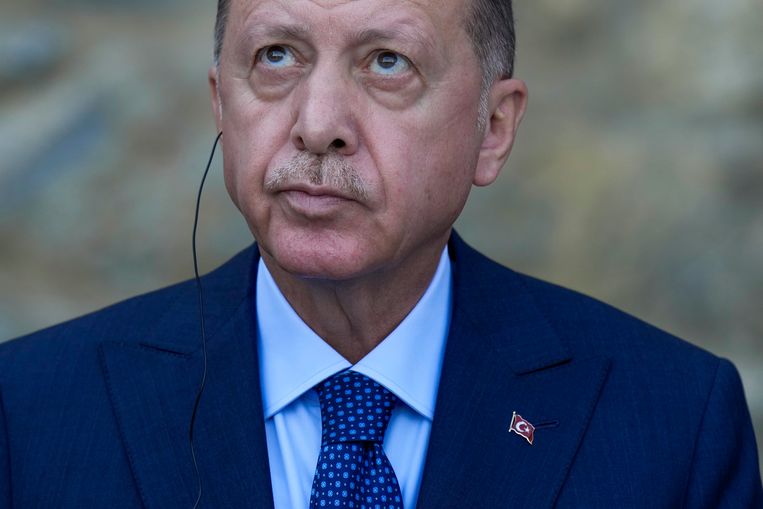 “I told our foreign minister that we cannot afford to allow this group into our country any longer,” he told reporters on the plane back from Africa. Do you think you can give a lecture on Turkey? Who do you think you are?’

Foreign Ministry spokesman Tanju Bilgic said later in Ankara that ambassadors should not meddle in internal affairs. Turkey can take any measures it deems appropriate, and we will do so when the time comes.”

On Tuesday, Turkey invited the ambassadors of the United States, Canada, New Zealand and seven European countries, a day after they called for Kavala’s release. Kavala, 64, has been in pretrial detention for four years. He was charged with attempting to overthrow the government during the 2013 Gezi protests and participating in the failed coup in Turkey in 2016. According to the European Court of Human Rights, there is no evidence for any of this.

The Kavala case has become the most important benchmark for Europe in the debate with Ankara about the deterioration of democracy and the rule of law in Turkey. The European Court has also found that Kavala is being held wrongly and that detention for longer periods is a serious human rights violation.

“It is important that all member states of the Council of Europe implement the court’s rulings,” the Foreign Ministry in The Hague said earlier this week. The Netherlands will continue to work with other countries on this matter.

Meanwhile, the climate between Turkey and Europe threatens to cool in other ways, too. The European Commission says negotiations with Ankara on joining the European Union have “already stalled”. The Commission writes this in an unprecedented critical report on relations with Turkey. Never since accession talks began in 2005 has any progress report been so negative.

Brussels is particularly concerned about Turkey’s erosion of democracy and the rule of law. Ankara ignored the commission’s recommendations in this regard last year, according to the report published on Wednesday. The European Commission said the EU’s “grave concerns about the deterioration of democracy, the rule of law, fundamental rights and judicial independence have not been addressed.” “There was a further deterioration in many areas.”

For the first time in all these years, Brussels also states that Ankara no longer seriously intends to implement EU-backed reforms, even though President Erdogan said in April that his country still aspires to full EU membership. After a number of sharp clashes last year with several European countries, notably France and Greece, Turkey appeared to be striving to improve relations since the beginning of this year.