Everything you need to know about Brazil, the circuit and the Formula 1 race this weekend | Sao Paulo Special 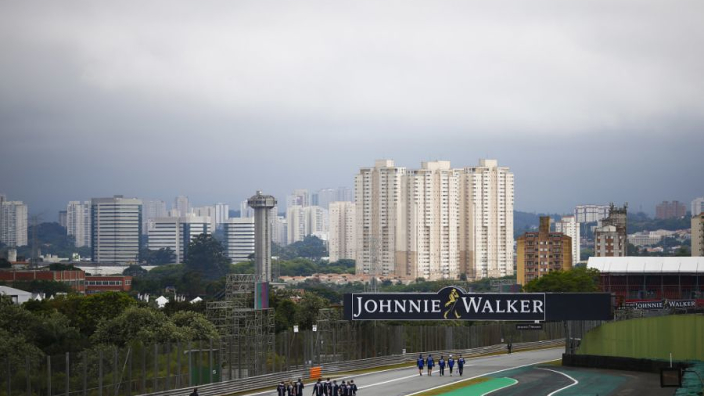 The dust surrounding the Mexican Grand Prix has yet to settle when it is already time for the second part of the final “triple header” of the season: the São Paulo Grand Prix. Due to the outbreak of COVD-19 we were unable to drive in Brazil in 2020, but next weekend we will be back at the famous Autódromo Jose Carlos Pace. It’s time to take a closer look at the land of samba!

The country is now headed by Head of State Jair Bolsonaro in 2021. At the last census in 2020, the country had a population of 2,171,593, nearly all of whom speak Portuguese. In addition to Brasilia and São Paulo, Brazil has several large cities in the form of Rio de Janeiro, the former capital Salvador and Fortaleza. In addition, the country covers large parts of (tropical) rainforests. The country has the seventh largest economy in the world and subsists mainly on raw materials, agricultural products, clothing production, cars and planes for example. Despite the large economy, the country suffers from a large income disparity, which makes the difference between the rich and the poor enormous.

Sao Paulo, the podium next weekend

Thus, this weekend’s Formula 1 circus will settle in the largest city in the country: São Paulo. The city is one of the largest urban agglomerations in the world. The exact numbers are unknown, but during the last census in 2010, there were about 22 million residents in and around the giant city. Many of the greats of motorsports saw the light in São Paulo. Think names like Ayrton Senna, Felipe Massa, Emerson Fittipaldi, and Helio Castroneves.

The city itself is a source of culture. The Museu de Arte de São Paulo is one of the largest and most important museums in Latin America and houses many great works by painters such as Vincent van Gogh and Pablo Picasso. São Paulo Cathedral is also a special building and is definitely worth seeing. Football is the most popular sport in the city and with famous clubs like Palmeiras, Corinthians and São Paulo football, it is clear. Motorsport is also very popular among the illustrious circuit of Interlagos and many of the legendary drivers.

The circuit in São Paulo is one of the most legendary in motorsport. The Brazilian Grand Prix has been held here since 1973, and many heroic moments have occurred since then. The circuit was named in 1985 after Brazilian Carlos Pace, who won his only Formula 1 victory at this circuit in 1975 and died in a plane crash in 1977.

There are usually 71 laps on a 4.309 kilometer circuit. Michael Schumacher is the most successful driver in Autódromo José Carlos Pace, the German has won four times in Sao Paulo: in 1994, 1995, 2000 and 2002. He is closely followed by his compatriot Sebastian Vettel, he won in 2010, 2013 and 2017 The circuit is characterized by many bumps, which Formula 1 cars often make it difficult to reach the bottom plates. In addition, the circuit with the legendary ‘S’ do Senna turn 1 hosts one of the most beautiful turns on the calendar.

Since the Brazilian Grand Prix is ​​reasonably often held at the end of the season, several tournaments have been scheduled at Interlagos. The first that immediately comes to mind is Lewis Hamilton’s first world title in 2008. The legendary race at Interlagos saw favorite Felipe Massa win at home on a rainy day, which seemed to clear the roof of the Brazilian crowd and get the party started. Briefly broke into a Ferrari pit box.

However, nothing came of it. For a long time Hamilton seemed to fall short of the world title nets, just as he did in 2007. The Briton struggled during the race as he was not allowed to take fifth place. This looked like it was going to happen, but due to a sudden downpour towards the end of the race, it was Timo Glock who barely managed to get hold of his tires, allowing Hamilton to overtake him in the last corner to claim his first world title, much to the chagrin of the Brazilian fans.

Max Verstappen has also been introduced to the Interlagos Witch several times. For example, in 2016 the Dutchman drove one of his best races ever in wet conditions, once again showing his talent at Red Bull. With his great drive, he was able to drive towards P3 at Red Bull from behind and also demonstrated one of the best examples of car control ever by keeping his car off the wall on entering the straight. In 2018, he looked on his way to victory, before Esteban Ocon decided to dump a lap behind him, knocking Verstappen off the track and having to settle for second.

See also  Sanctions against Russian IT companies for cyber espionage

Back to the present

All in all, given the illustrious history, there’s definitely a lot to look forward to this coming weekend. The race in Sao Paulo will undoubtedly play a major role in the fight for the world title between Verstappen and Hamilton. When the Dutchman, currently nineteen points ahead of the Briton, managed to replicate his masterpiece for 2019, he could slowly but surely smell the world title. At the moment, there doesn’t seem to be any crazy things planned regarding the weather. At the time of writing, Sao Paulo is scheduled to be dry on Saturday and Sunday.