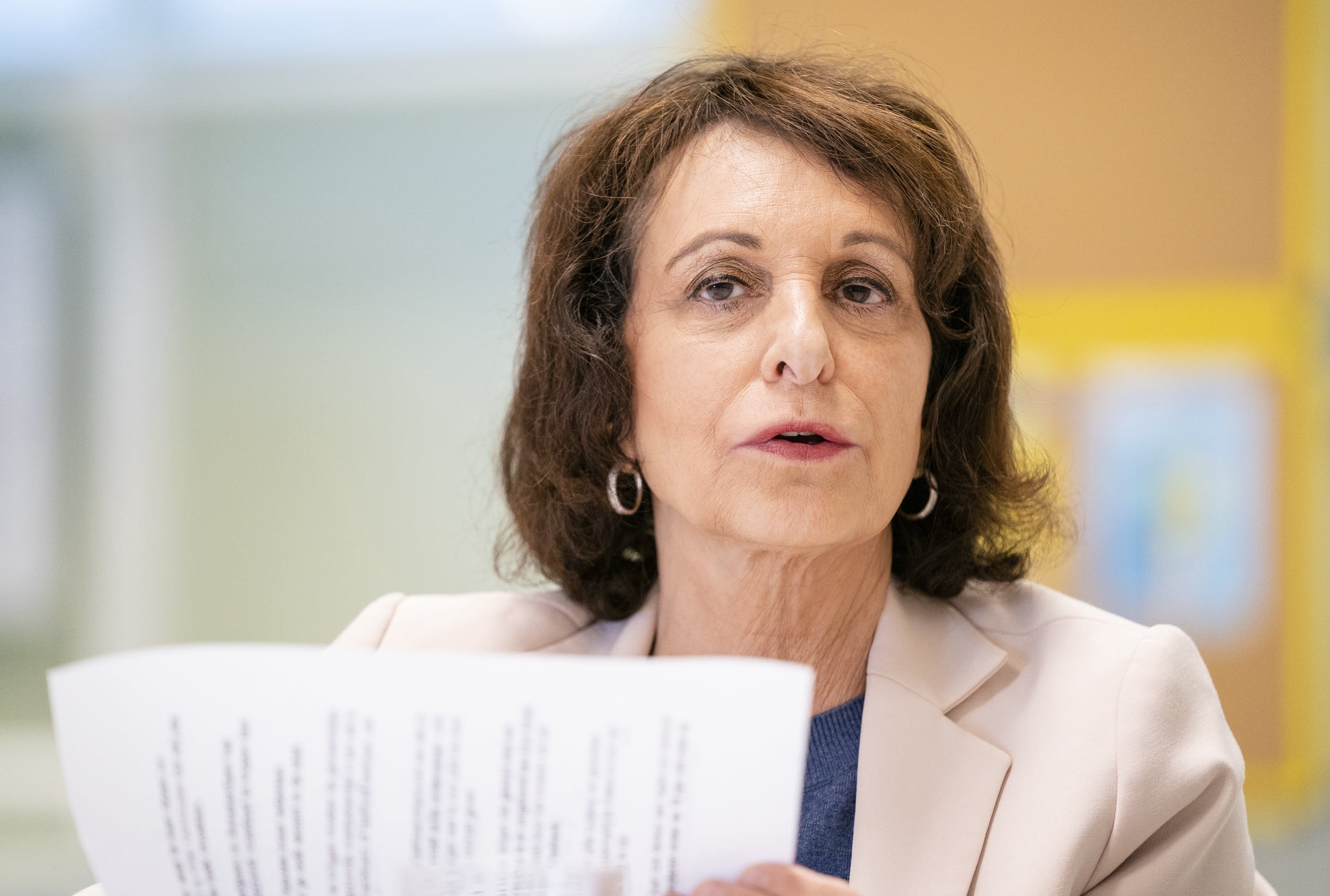 Former NPO chief Shula Rigsman did not report a private holiday with Secretary of State Sander Decker from the media to the NPO. An NPO spokesperson confirms this to BNR. Rijxman may have acted in violation of the Code of Conduct for Directors of Nonprofits. According to the current NPO head, Frederieke Levenlang, it was ‘prudent’ to inform Rijxman about the private holiday with Dekker.

A close friendship between Rijxman and the highest official of the Ministry of Education, Culture and Science was recently announced to the NPO as well. Media body considers formal investigation into possible breach of code of conduct by Rijxman, CvdM assures makers BNR Coster and Van Dyck podcasts† The topic will be discussed in the House of Representatives tomorrow.

Shula Rigsman’s private trip with Sander Decker took place in 2017, the former Secretary of State told BNR upon request. During their “special vacation” to Israel, Rigsmann and Decker visited the capital, Jerusalem, among other things. “When I was the outgoing foreign minister, Shula and I visited Yad Vashem in Jerusalem,” Decker says.

According to the media authority, private relations should be reported when a conflict of interest arises.

See also  Morocco in a full stadium against Algeria

During the special recess in 2017 — in the presence of the joint partners — outcast Secretary of State Decker for the Media was politically responsible for funding the nonprofit, which was chaired by Chairman Rigsmann at the time. The Ministry of Education, Culture and Science annually pays about 900 million euros in public funds to the non-profit organization to provide the programmes.

In response, the current head of the NPO referred to the NPO’s Integrity Code: “The law states: ‘By being open and friendly, they prevent their own personal interests from interfering with those of the media organization. “We don’t know the exact circumstances of the situation. But it would have been wise to consult a compliance officer for advice.”

The Media Authority, which formally oversees compliance with a code of conduct for directors of nonprofits, does not want to comment pending a decision on a formal investigation into Chula Rigsman’s conduct: “.

There are no ads for private relationships

Rijxman herself says in response via her spokesperson: “Rijxman will no longer make announcements about private relationships, including Sander Dekker. She has been an entrepreneur and director at Hilversum and after ten years of lobbying for the public good, this has resulted in a very extensive network , from presenter to broadcaster and from member of parliament to minister.This has contributed to the positive developments of public broadcasting.

An NPO spokesperson says in response to this: “We cannot say anything about how the potential special relationship between Rijxman and Dekker might contribute to positive developments within the nonprofit. We are committed to making clear that the special relationship should not influence developments within the nonprofit organization. We have no indication that this is the case.

A spokesman for OCW Minister Robert Dijkgraf (D66) confirmed that the special holiday had taken place, but said it was up to “individual ministers” to interpret the rules as laid out in the “Blue Book”.

‘For ministers there are guidelines from the Blue Book,’ Decker says. They do not state that these types of holidays must be reported.

After confronting Dekker and NPO’s reactions to this letter, Shula Rijxman comes up with an additional statement: ‘It is as Sander Dekker points out. I wanted to show him the Yad Vashem Holocaust memorial in Jerusalem. As I mentioned before: In a public job, you can get to know many people very well in a short period of time through the work you do. Is the intention then that we all create a register of acquaintances and friends? I don’t think this is good for anyone. This is why I will not go into private relationships.

Rijxman also notes that it has already adhered to a code of conduct and is also committed to ensuring that “a special relationship should never influence developments within the nonprofit.”