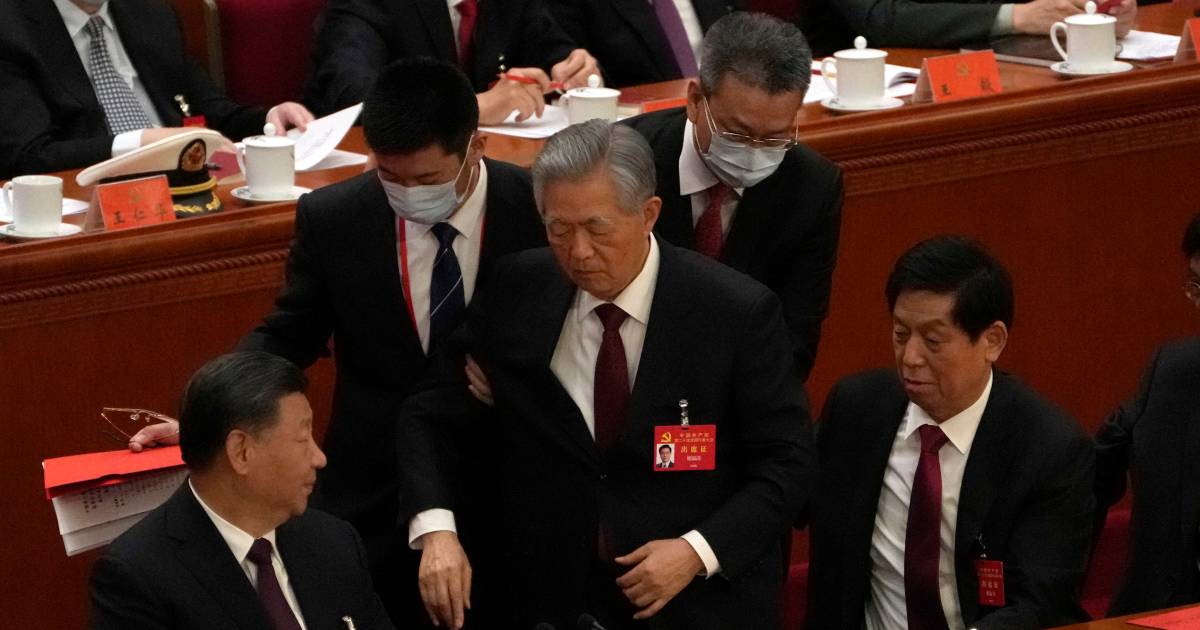 A rather wonderful sight in the Chinese capital, Beijing. At China’s main political gathering, shortly before the vote on constitutional amendments, former President Hu Jintao was ostensibly removed from the podium by attendees against his will, as he sat next to Xi Jinping. Jintao is not necessarily a staunch supporter of the current president.

State media later reported that Hu “was not feeling well” and therefore had to leave the room. “His staff took him to a room to rest, after which he felt much better,” one news agency reporter wrote on Twitter. Xinhua. Comments about Hu Jintao on Chinese social media have since been deleted.

Over the past week, 2,300 delegates have spoken behind closed doors about who will lead China. “Dare to fight for victory, and work hard to move forward,” Chinese President Xi told his party colleagues. The 69-year-old party chairman and general secretary is likely to be re-elected as the party’s chief executive tomorrow after two terms in office.

Read also: Xi Jinping has always wanted to find his way: and now he is firmly keeping his people under control.

It was the Twentieth Congress of the Communist Party that ruled China for more than seventy years. At the meetings in the capital, Beijing, hundreds of CPC Central Committee members were officially elected by delegates from all over the country. This is seen as a formality rather than a truly free election.