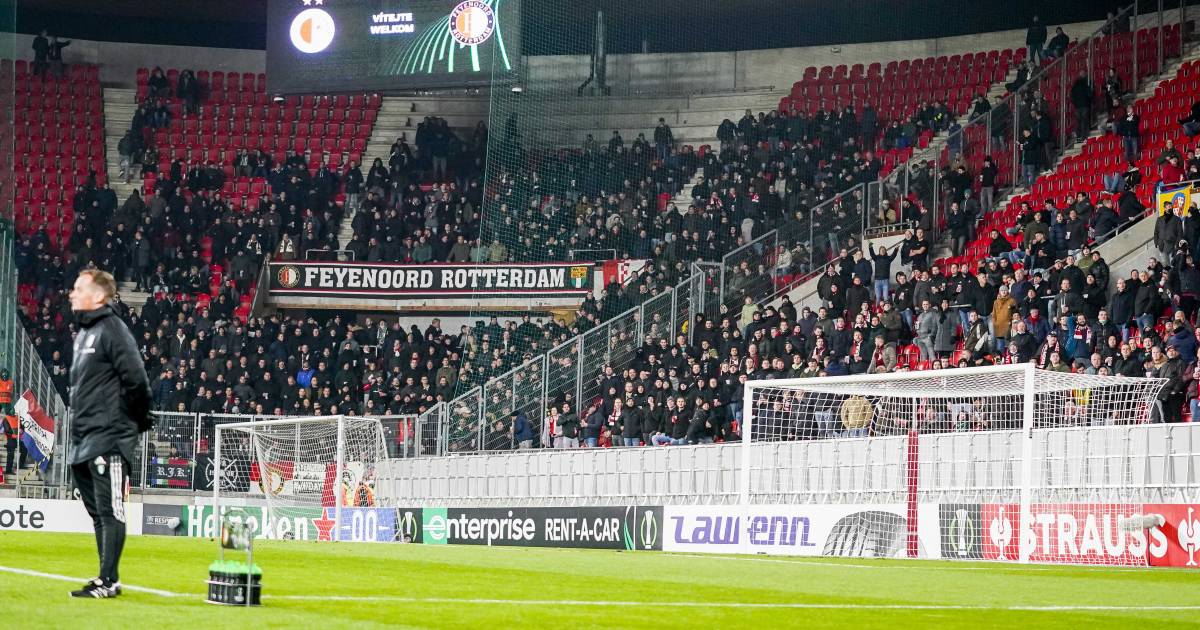 Feyenoord must once again fear a penalty from UEFA. During the first leg match against Slavia Prague in the Congressional League, fans of the club from Rotterdam threw objects at a player of the home team, as he attempted a corner kick.

Referee Matthias Gestranius of Finland looked on for a moment. The match was allowed to resume after the stadium chief asked Feyenoord fans in Dutch not to throw any other objects into the field. The club from Rotterdam is supported during the match by about 3000 fans.

Feyenoord has already been penalized six times by UEFA this season after European matches. Club supporters, among other things, set off fireworks before and during duels and throw objects on the field. Feyenoord announced last week that he had already had to pay close to 280,000 euros in fines. “We once again call on the responsible part of the fans to stop behavior that is causing significant financial and other damage to the club,” the club said.

Feyenoord received a starting premium of approximately 3 million euros to participate in a regular conference. Winning the new UEFA Championship results in €500,000, which equates to €166,000.