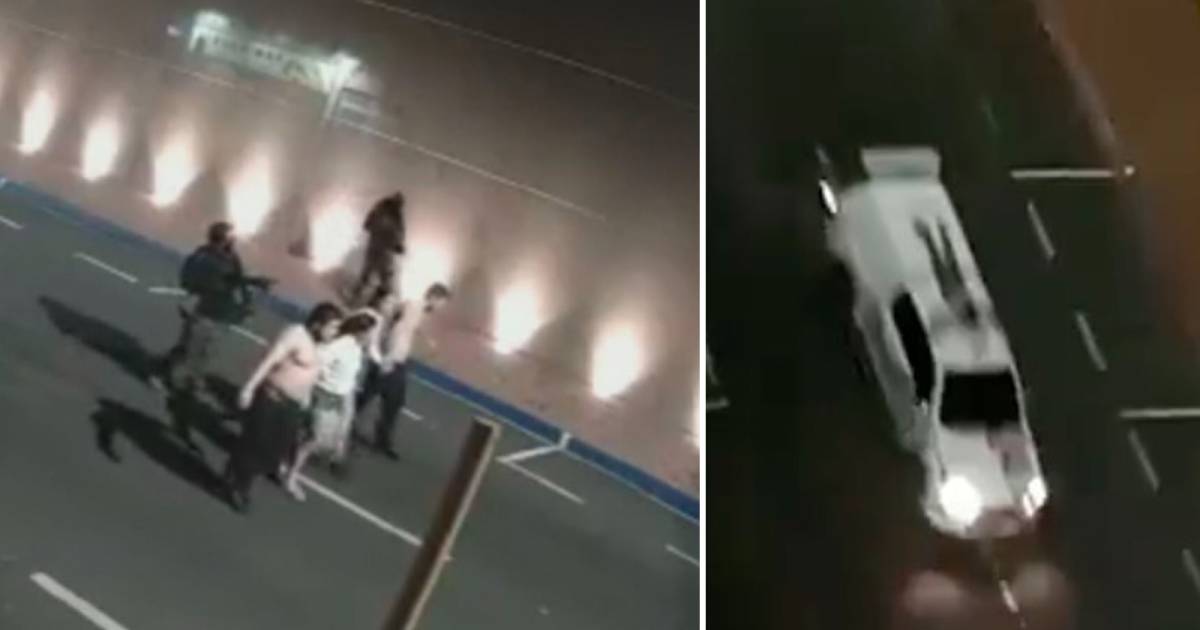 VideoDozens of bank robbers have cut off a Brazilian city and robbed two banks, among others. The raid was of the nature of an invasion with heavily armed fighters, local media reported in the town of Aratuba, 475 kilometers northwest of Sao Paulo. The number of thieves is estimated at fifty. Three people were killed and at least three people were injured.

Police said they arrested two suspects. It is not known what was stolen.

The brutal attack occurred around midnight (local time). Roads to the center were closed at dawn with burning cars, among other things. Robbers stormed banks with explosives and also attacked a police station. There were explosions and shootings in the city center for hours.

To prevent the gang from coming under fire from the officers as they fled, they overpowered motorists and pedestrians and used them as hostages. They were attached to the roof and hood of the car as a human shield. Bank robbers also left explosives in the streets. Local media are talking about booby traps.

The bank robbers are said to have disappeared in a northeast direction with at least ten cars. On Monday, authorities ordered the closure of schools and people to stay at home until further notice. Police are investigating and looking for explosives.

The gang also deployed drones to monitor the streets as they entered the city and later as they fled. The local police announced this during a press conference.

There were two separate shootings involving police. Three people were killed. Two of them are local residents, and the third victim is said to be one of the attackers. It was also said that one of them was injured. It is about a bystander on a motorbike who encounters explosives in the street after a bank robbery. He lost his leg.

More than 350 officers were called to track the attackers using two helicopters. One of the targets was a branch of Banco do Brasil, a cash depot. At the end of December last year, two similar bank robberies took place in Cametá and Criciúma, both targeting the same bank as now. Roads were closed and police stations were attacked. According to the police chief, it is too early to say that the bank robberies are linked. According to residents, the robbery is also reminiscent of a similar robbery in 2017 of a company in the city.

“It’s a terrible feeling, really scary,” said Arachatuba Mayor Delador Borges. “I live a few blocks from the city center. I heard all the shots and was able to follow the robbery through videos. I stayed inside and asked the residents to do the same.”

Brazil has a long history of bank robbery.