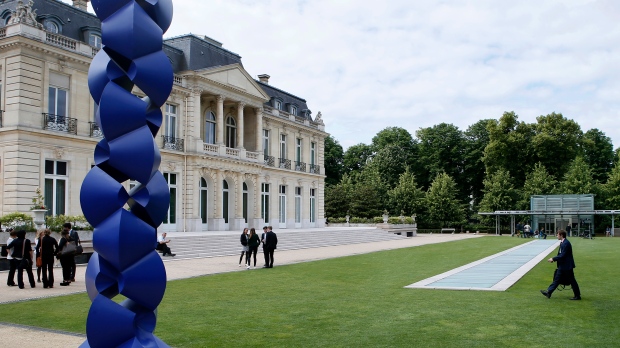 Negotiators from 131 countries agreed to review the way the world’s largest multinational corporations are taxed. It is an attempt to deter complex international evasion schemes that have cost governments billions in revenue.

The sweeping proposals aim to better deal with a world in which globalization and an increasingly digital economy mean that profits can easily be moved from one jurisdiction to another. The agreement reached last week during global talks in Paris is up for discussion among G20 finance ministers in Venice on Friday and Saturday.

The main feature of the complex package is the global minimum corporate tax rate of at least 15%, which was proposed by US President Joe Biden.

Despite the complexity of the tax agreement in the details, the idea behind the minimum taxes is simple: if a multinational evads taxes abroad, it will have to pay the minimums at home.

This is why it is suggested and how it will work.

The Problem: Tax Races and the “Race to the Bottom”

Most countries tax the domestic business income of their multinational corporations only, assuming that the profits of their foreign affiliates are taxed where they are earned.

But in today’s economy, profits can easily shift across borders. Profits often come from intangible assets, such as trademarks, copyrights, and patents. It’s easy to keep these taxes to a minimum—and some jurisdictions were more than willing to offer reduced or zero taxes to attract foreign investment and income, even if companies were not doing business there.

As a result, corporate tax rates have fallen in recent years, a phenomenon that US Treasury Secretary Janet Yellen called a “race to the bottom.”

From 1985 to 2018, the average statutory corporate tax rate worldwide fell from 49% to 24%. From 2000 to 2018, US companies recorded half of all foreign earnings in just seven low-tax countries: Bermuda, Cayman Islands, Ireland, Luxembourg, the Netherlands, Singapore and Switzerland. The OECD estimates the cost of tax evasion to be anywhere from $100 billion to $240 billion, or 4% to 10% of global corporate tax revenue.

This is money that governments can use as they see deficits rising as a result of emergency relief spending due to the pandemic.

The solution: the global minimum tax

The talks aim to set minimum corporate tax rates by getting states to set a minimum tax rate for foreign income. In other words, if Company X, which is headquartered in Country Y, pays little or no taxes on its profits in Country Z, then Country Y will tax those profits at home at the lowest rate .

This removes the reason to use a tax haven, or creates one. Biden has proposed 15% as a minimum for global negotiations, although it could be higher.

Another point of interest is what to do with companies that make profits in countries where they do not have a physical presence. This can be done through digital or online retail advertising. Countries led by France began imposing unilateral “digital” taxes that hit the biggest US tech companies like Google, Amazon and Facebook. The United States calls these unfair trade practices and threatens retaliation with import duties.

Biden’s proposal focuses on the 100 largest and most profitable multinational companies, regardless of what type of business they’re in, digital or not. Countries can claim the right to tax a portion of their profits – according to a proposal backed by the Group of Seven rich democracies, up to 20% of corporate profits above a 10% profit margin. Governments will have to unilaterally roll back their taxes and settle trade disputes with the United States

The agreement, hammered out in talks last week by the Organization for Economic Co-operation and Development, plays a role in Biden’s push for changes he believes will make the tax system more equitable and increase returns on investment in infrastructure and clean infrastructure. It would increase energy. . The United States has already taxed foreign profits under the Trump administration. But Biden wants to nearly double the Trump-era rate to 21%, as well as impose that rate on a country-by-country basis so tax havens can be targeted. The president also wants to make it more difficult for US companies to merge with foreign companies and avoid US taxes, a process known as reversal.

All of these changes must be approved by the US Congress, with only a small majority for the Democratic president. Biden wanted to make diplomatic gains in OECD talks so that other countries would impose some form of minimum tax to prevent companies from evading potential tax obligations.

The agreement reached at the Organization for Economic Co-operation and Development is likely to be ratified at the meeting of finance ministers, where 20 countries from the Group of Twenty joined in signing the OECD agreement. More technical work will then be needed in the OECD before the G20 gives its final approval at the Summit of Heads of State and Government on October 30-31 in Rome. Then comes the implementation at the national level.

The minimum tax worldwide is optional. So countries will have to introduce it into their national tax laws on their own initiative. According to Gabriel Zucman, professor of economics at the University of California, Berkeley, who has written extensively on tax havens, the minimum tax will still apply even if some countries don’t sign up. “The fact remains: if some countries refuse to impose a minimum tax, other countries will collect the taxes that they refuse to collect,” he said in a tweet on Twitter.

If states propose to tax corporations on profits that do not actually exist, for example through online business, the states will have to sign a written international agreement.

The main obstacle will be congressional approval. Biden’s tax proposals, which would be necessary to meet the global minimum, have met with opposition from Republicans and the Democratic president has only a slim majority. Rejection by the United States, the world’s largest economy and home to many of the largest multinational corporations, could seriously undermine the global deal. All parts of a tax treaty require a two-thirds vote of the US Senate. However, Biden could argue that such a pass would exempt US tech companies from the exorbitant national digital taxes that would have to be repealed in favor of a global settlement – a possibility that could have a dual appeal.