Finally it really starts for the updated GOES: ‘If you win, no one will talk about the product anymore’ 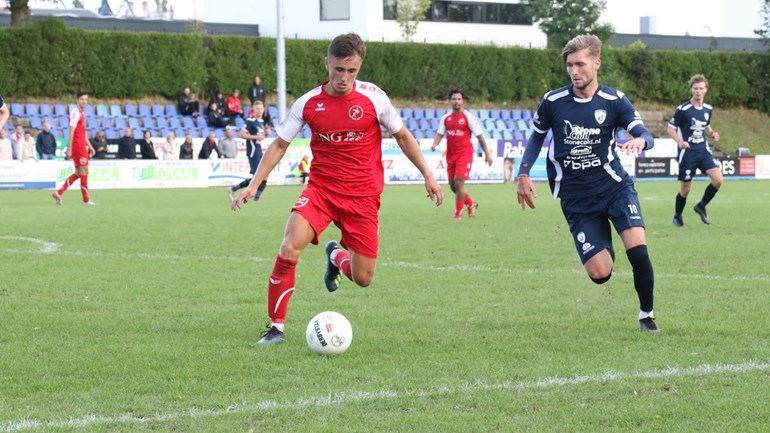 The first round of Derde TVC is scheduled for next week, but at the request of the opponent from Warden, the game with GOES has been moved forward to August 14th. “We weighed the pros and cons,” Hollander said.

“Of course everyone wants to play football again. The craving erupted during the last practice.” Looking at the training results, an extra product a week is welcome. GOES lost two of its four exhibition games and drew two.

It still takes time, and sometimes it gets harder. “

The dress rehearsal against ASWH last weekend (1-1) was to make sure Hollande and his team were on the right track. “We also showed what we do in training in certain areas of a competition.”

Hollander sees room for improvement in many areas, but thinks it is logical. His team has been completely updated in recent months: GOES has welcomed less than nine new players this summer, although one of the newcomers left this week.

“Building a new team takes time, and sometimes it gets harder,” said the coach who has seen Gianni Typhos (Stedogo) and Riyad Ellukmani (Baroni). “But it provides the energy to accept the challenge.”

Hollander is interested in how his team (“everyone fits”) will fare against SportLust’46 on Saturday, which had a good preparation.

GOES has been warned

The opponent from Worton recorded the best wins against second separatists GVV (4-2) and Excelsior Maslowis (3-1). “SportLust has set some great results in training competitions. But it really starts on Saturday. Especially if you win, no one will talk about the product.”

GOES-Sportlust’46 starts at 7pm on Saturday at the Sportpark Het Schenge. The course of the competition can be followed via Omroop Zeland Teletext and Twitter @omroepzldsport. The summary of the match can be watched on TV from 6.10pm on Sunday at Omroopzeeland Sport and www.omroepzeeland.nl/sport.