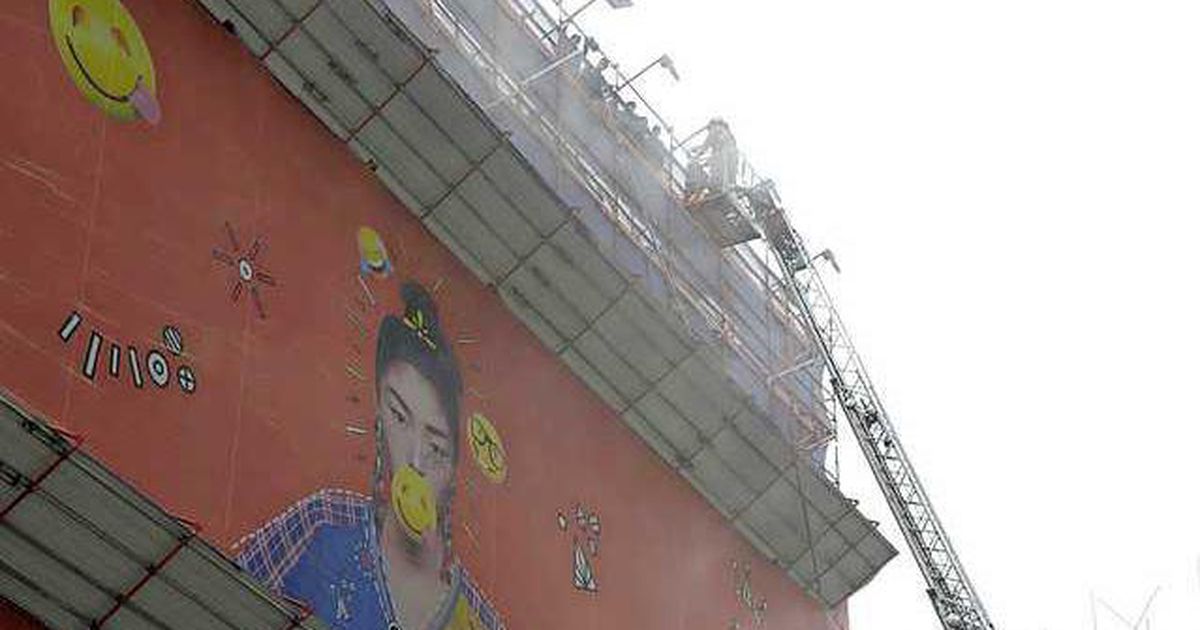 At that time, many people were in the skyscraper to shop or eat there during their lunch break. According to police, at least eight people were taken to hospital with breathing problems due to smoke or other complaints. Local media reported that at least 13 people have been injured and 1,300 people have been evacuated at the time of writing.

Due to major renovations of the old building, many stores and restaurants in the basements have been closed for several months. Restaurants were still open on the upper floors, and office buildings were still operating. The fire was able to spread upwards through scaffolding against the World Trade Center.

A person is rescued from the building by a firefighter.

Firefighters urged people trapped in the building not to go down and wait for the evacuation somewhere on a safe floor. Then dozens went to the fifth floor and about three hundred people fled to the roof.

On Facebook, which is not banned in Hong Kong unlike in mainland China, photos of people standing on the roof are circulating. They wear masks and wait for emergency workers with their cell phones in hand.