Fire dead and large in protests against the President of Peru 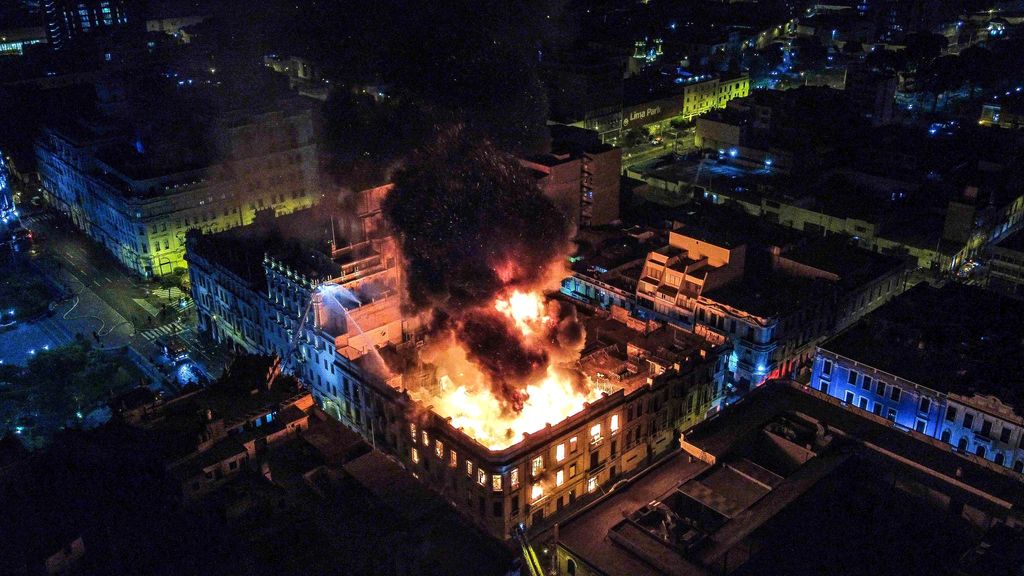 In the Peruvian capital, Lima, a demonstration against President Poluarte degenerated into riots and clashes with riot police. An unknown number of people were injured, and a historic building in the city center caught fire.

According to the police, about 3,500 activists took part in the demonstration, but others present say the number was twice that number. The demonstrators tried to reach Parliament and other government buildings, but were stopped by the police.

Protests also broke out elsewhere in the South American country. In the south of Arequipa, the second largest city in the country, a group of protesters tried to storm the airport. They were stopped by the police, and at least one person was killed in the ensuing fight. So said the Peruvian Ombudsman.

Activists are calling for the resignation of President Polwart, who took power last month after the forced resignation of her leftist predecessor, Castillo. He tried to dissolve Parliament to rule by decree. This failed when Castillo was impeached and then suspended by Congress.

Castillo was the first Peruvian president who came from a poor farming family, and remains very popular among the people of the poor and remote regions in the south of the country. Protests against his stepping down have occurred mainly so far, not in the capital, Lima. At least 45 people have been killed in the protests so far, something many activists blame on police brutality.

President Boluarte made it last weekend We apologize for the dead As a result of the police crackdown, he said he would not resign. “I cannot stop expressing my grief for the Peruvians who died in the protests,” she said in a televised address. I apologize for this situation and for failing to prevent these tragic events.”

In addition to the new elections, many activists are calling for more action against inequality and poverty in the country. They also want a new constitution to replace the one introduced in the 1990s under right-wing President Fujimori. In the eyes of activists, this law places too much emphasis on the interests of the country’s wealthy business elite.