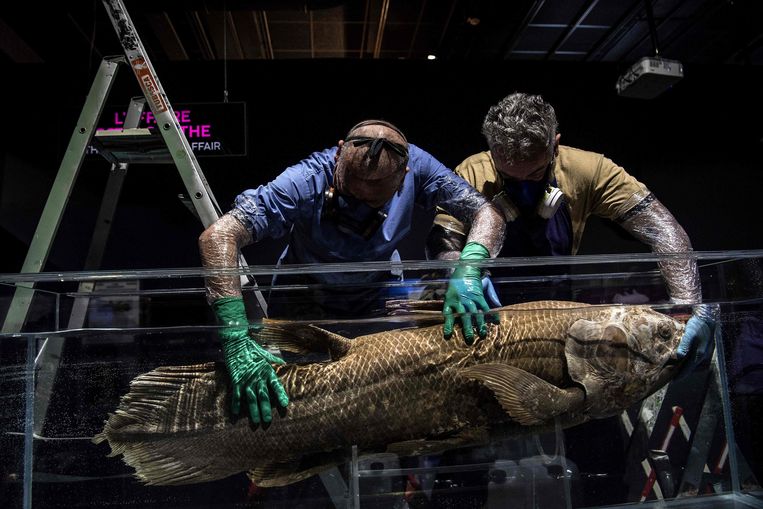 Previously, coelacanths, which can grow to the size of a human, were believed to have lived for about twenty years. French scientists have applied a new method that allows them to calculate the age of today’s fish. Their research now shows that coelacanths can live up to a century old. However, coelacanths are not the oldest fish on our planet. The Greenland shark can live between 200 and 500 years.

The coelacanth, which actually lived on Earth 400 million years ago, is called a “living fossil.” For scientists, it is a very mysterious fish. The animal lives at a depth of hundreds of meters, but its exact habitat is unknown. Specimens were found near South Africa and the Comoros, a group of islands in the Indian Ocean.

Another striking discovery is that coelacanth pregnancy lasts about five years. Females cannot mate until after their fiftieth birthday. Male coelacanths are sexually mature between the ages of 40 and 60 years.

Researchers long believed the fish were extinct until they found a specimen off the coast of South Africa in 1938. Scientists were only able to study specimens that had already been caught or washed up dead. The coelacanth is in danger of extinction.